Five Things To Watch For At Golden Globes

There are no sure things at the unpredictable Globes, but Awkwafina is as likely as anyone to take home a gong 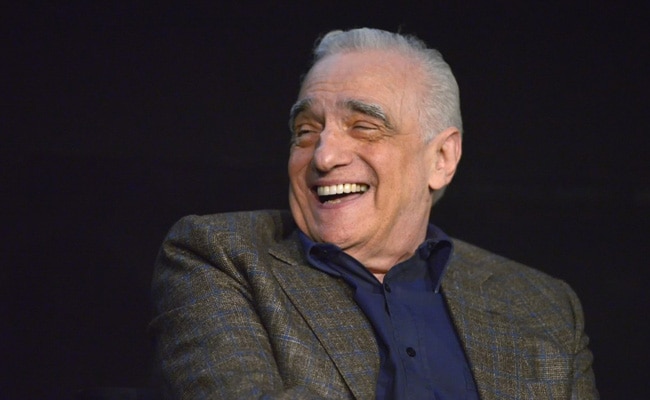 The Globes could offer a new record for Martin Scorsese. (Image courtesy: AFP)

Hollywood hits the red carpet Sunday for the Golden Globes, the first major awards show of the year, which honors the best in film and television. Millions of viewers are expected to tune in, but what should you be watching for? Here is our quick guide to the event, which will take place in Beverly Hills, California:

Another Record For Martin Scorsese?

There are few cinematic worlds left for Hollywood veteran Martin Scorsese to conquer, but the Globes could offer a new record.

If he takes home a fourth best director prize for his gangster epic The Irishman, Scorsese will tie the record for most wins.

Natalie Portman drew praise - and the organizers' ire - for introducing the best director category in 2018 with the words: "Here are the all-male nominees."

Barbra Streisand remains the only woman to win the award, for Yentl in 1984. She, too, spoke out at the 2018 ceremony, telling the audience: "Folks, time's up," name-checking the anti-harassment initiative.

But once again this year, the Hollywood Foreign Press Association has selected only male contenders for the prize, ignoring the likes of Little Women helmer Greta Gerwig.

Will anyone address the elephant in the room?

There are no sure things at the unpredictable Globes, but Awkwafina is as likely as anyone to take home a gong.

She is the hot favorite to win the prize for best actress in a comedy for The Farewell.

Dubbed as a "tale based on an actual lie," it portrays a global family reuniting in China to say goodbye to their beloved matriarch, who does not know she is dying.

If victorious, the rapper-turned-actress would become the first winner of Asian descent in the category's history.

This year promises to be different, as Apple entered the "streaming wars" with its new platform in November.

Flagship launch program The Morning Show, about a newsroom hit by a #MeToo scandal, was not eligible at the Emmys, but garnered Globes nods for stars Jennifer Aniston and Reese Witherspoon, as well as for best drama.

But Netflix has since wheeled out its perennial big-hitter The Crown, with the royal drama's third season boasting a new, heavyweight cast including Olivia Colman and Helena Bonham-Carter.

And while Game Of Thrones again dominated the Emmys for its final run, it has been left out in the Globes cold, with only one nomination for Kit Harington as lead actor.

Controversial British comedian Ricky Gervais returns as host- which means that once again, no A-lister will be safe from his irreverent jokes.

What's more, Gervais has promised his record fifth stint will be his "very last," meaning there will be truly no reason to hold back.

Since his last appearance in 2016, Hollywood has gone through radical upheaval with the #MeToo movement and the fall of Harvey Weinstein, meaning Gervais will not be short of potential targets.

Who will be caught in his firing line this time around?