Atrangi Re: The makers described the film as "a love called madness" 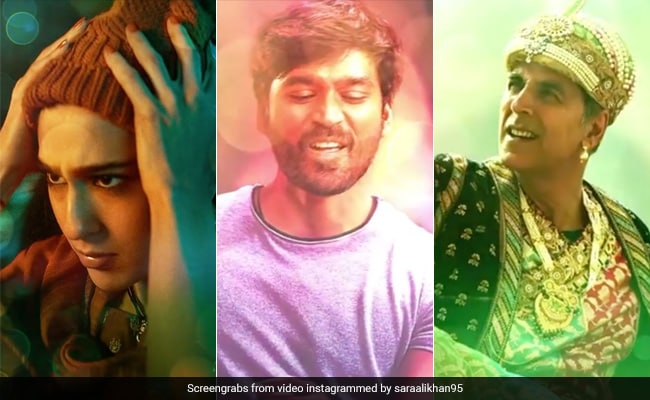 Meet the stars of Atrangi Re. (courtesy saraalikhan95)

Dhanush aka Vishnu is a boy next door. In poetess Sara's words: "Mileyi Vishu se, hamara pehla character. Couldn't be played by any other actor. From National Awards to being called Thalaiva- he makes everyone Khush. Ji haa you guessed it right it's Dhanush Dhanush Dhanush."

Finally, it is time to meet the third atrangi of the film - Rinku - Sara Ali Khan. She introduced her character with these words: "And now finally it's time to meet Rinku. Give her all your love, and she will say thank you. Bihar se aayi hai yeh chori and she is the heart of this Atrangi love story.

Atrangi Re is Dhanush's second film with Aanand L Rai after the 2013 film Ranjhanaa. It is Akshay Kumar's first film with Sara Ali Khan and Dhanush. The film has been produced by Bhushan Kumar, Colour Yellow Productions and Cape Of Good Films. The film's hooting began in 2020. However, it was halted due to the pandemic and the lockdowns .During the film's shoot, actor Akshay Kumar and the film's director Aanand L Rai had contracted the virus due to which the film was delayed again.