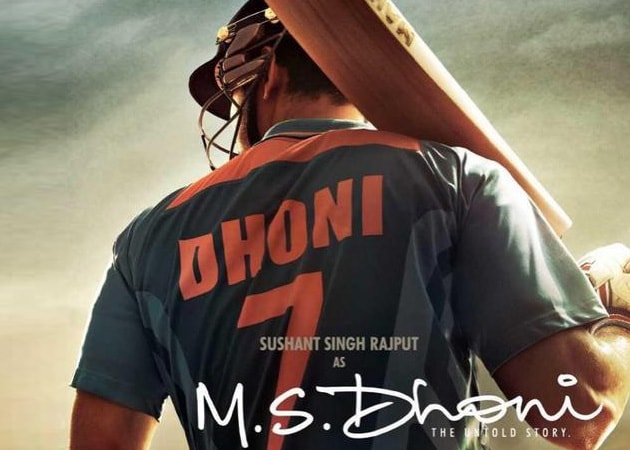 Sushant is seen with his back to the viewers in the Indian ODI jersey sporting MS Dhoni's name and number.

New Delhi: Sporting biopics seem to be the flavour of the season for filmmakers. Actor Sushant Singh Rajput is all set to feature in director Neeraj Pandey's film based on the captain of Indian cricket team Mahendra Singh Dhoni, which is titled MS Dhoni - The Untold Story.

MS Dhoni's biopic was shelved due to the reportedly high cost (which was close to Rs 45 crore) of acquiring the rights for the film. Neeraj Pandey was in a fix as the producers would have found it difficult to make profit from the film made on such a huge production budget.

However, the skipper's wife took to Twitter on September 25, to put an end to all the rumours:

Clearing out all those rumours being carried out past few days.It was all false.. Here you go ....BOOM !!! pic.twitter.com/58vXAGe3Bc

In the poster, Sushant is seen with his back to the viewers in the Indian ODI jersey sporting MS Dhoni's name and number, all set to stun the crowd with his 'helicopter shots'.

Promoted
Listen to the latest songs, only on JioSaavn.com
Sushant has recently completed Dibakar Banerjee's Detective Byomkesh Bakshi and is currently preparing for Shekhar Kapur's Paani.