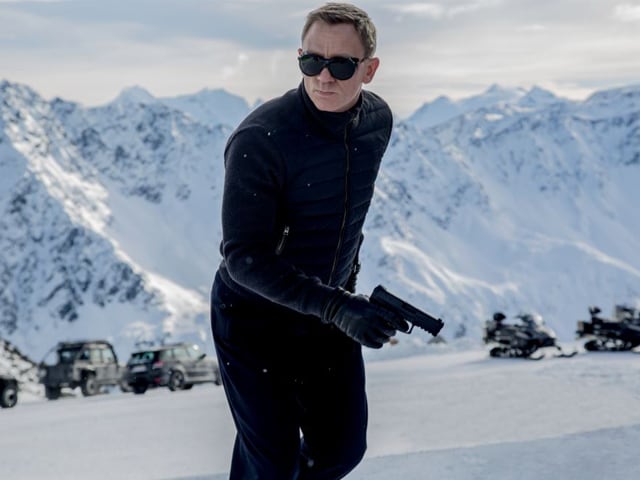 The action scene has been shot in the Austrian Alps.

In the first photo from SPECTRE, actor Daniel Craig is seen holding a gun on the Austrian set of the 24th James Bond movie. A behind-the-scenes video was also released showing the scale of the action scene, which has been shot in the Austrian Alps.

The film's associate producer Gregg Wilson said they were filming one of the major action sequences in Austria which will be "a jewel in the crown, so to speak" for the film, which is directed by Sam Mendes. (Revealed: James Bond's Supercars in SPECTRE)

Sam Mendes is returning to direct the film and has teamed up with Skyfall writers John Logan, Neil Purvis and Rob Wade.

The film, which began shooting in December in London, is slated to hit the theatres on November 6.

Promoted
Listen to the latest songs, only on JioSaavn.com
Daniel, 46, had sprained his knee while shooting for the movie at the Pinewood Studio last week, but he returned to the sets on February 7. (Also Read: Daniel Craig Injured on SPECTRE Set)