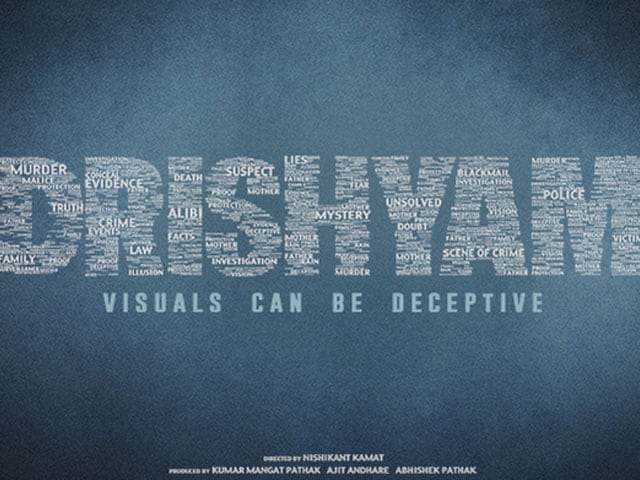 Actor Ajay Devgn, who will reprise the role of southern star Mohanlal in the Hindi remake of the Malayalam film by the same name, shared the logo of the film on Twitter on April 3.

Lot of you cracked it,for those who couldn't #Drishyam Visuals Can Be Deceptive-31 July 15 Follow @DrishyamTheFilmpic.twitter.com/ZbVqolPcsB

The film's twitter handle 'DrishyamTheFilm' released the logo after tweeting that Ajay Devgn wanted his fans to break an illusion with a secret code.

.@ajaydevgn has an illusion for us, all you got to do is crack it! http://t.co/PTZQpM9yQH. Spread the word! #Drishyampic.twitter.com/ICA3KdLXz5

Drishyam will be directed by Nishikanth Kamath, who is known for his National Award Winning Marathi film Dombivali Fast. Actress Shriya Saran will be seen playing Ajay Devgn's wife in the film.

Actress Tabu will be seen as a cop with Raja Kapoor playing her husband in the thriller.