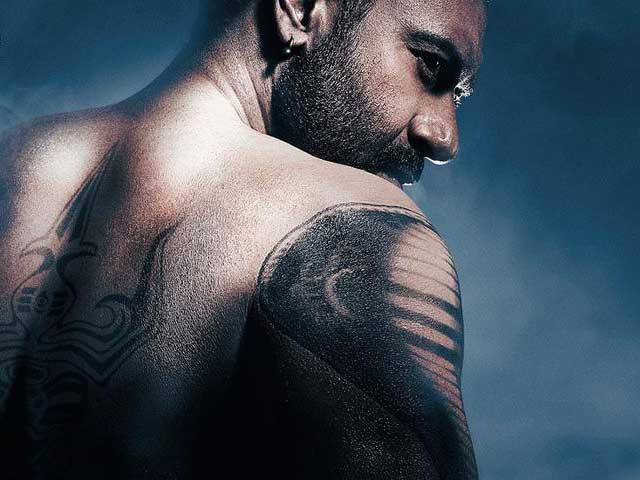 This image was tweeted by Ajay Devgn

Ajay Devgn's second film as director Shivaay is almost two years away from releasing but the actor, who also stars in the film, has already made public his look from the film.

The poster of the film features a bearded and bare-bodied Ajay, his back and shoulders covered with tattoos of a trishul and a snake, Shiva's weapon and familiar of choice.

The official handle the film also released the motion poster of Shivaay on Twitter:

Have you guys checked out the AWESOME motion poster of @ShivaayTheFilm? Here it is: http://t.co/x9BWI5aJfz#ShivaayFirstLook@ajaydevgn

Promoted
Listen to the latest songs, only on JioSaavn.com
Shivaay reportedly co-stars Dilip Kumar's grand-niece Sayesha, making her Bollywood debut. It releases in 2017.

Meanwhile, Ajay Devgn is filming Drishyam, a remake of the Malayalam film starring Mohanlal. It co-stars Tabu and Shriya Saran and will release in July.