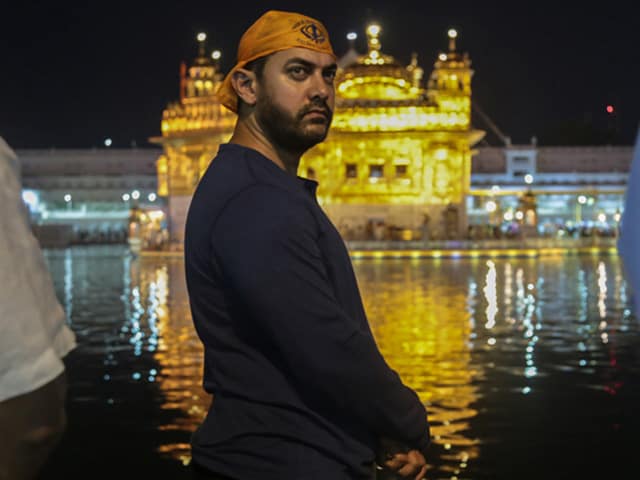 New Delhi: Aamir Khan tweeted the first poster of his upcoming movie Dangal on Monday, featuring his face emerging from what is significantly suggestive of a mud-wrestling pit.

Unlike Salman Khan's Bajrangi Bhaijaan which had Aamir and Shah Rukh revealing the first look on Twitter, the honours here were done only by the Khan who is starring.

Aamir, who is presently in Punjab to shoot the biopic, will appear in the role of legendary wrestler Mahavir Singh Phogat in the movie. The 50-year-old actor has gained over 20 kilos of extra weight for his part. He now weighs 95 kilos and is reportedly having trouble breathing and walking. (Also Read: Aamir Khan's 95 Dangal Kilos Are Giving Him Real Trouble)

For the Nitesh Tiwari-directed movie, Aamir will also have to lose weight to play the younger version of Mahavir Phogat.

The movie will track how Mr Phogat trained his daughters Geeta and Babita into India's most celebrated female wrestling champs. It stars Sakshi Tanwar as Aamir's on screen wife. Rajkummar Rao and Gautam Gulati are cast in key roles.

This will be Aamir's first movie after the 2014 blockbuster PK, which also starred Anushka Sharma and Sushant Singh Rajput.