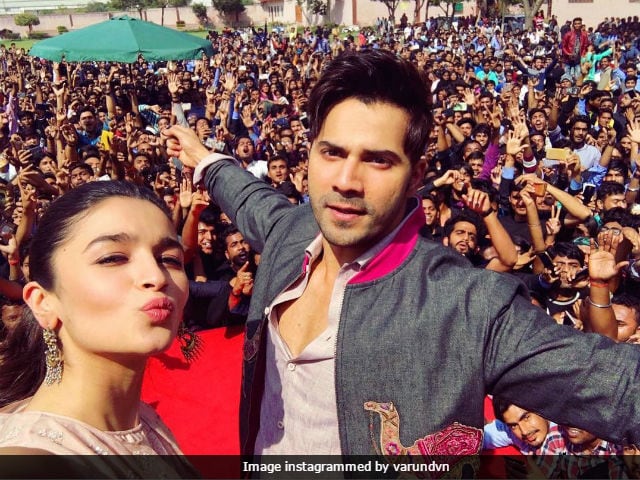 Varun told IANS: "Badrinath Ki Dulhania is a complete family-oriented movie and will please the audience of any age for its sensible and entertaining content. Holi is around the corner and our film is releasing during that time so we have treated this like a festive release. We want people to celebrate the festival with our film."

Alia Bhatt also spoke about how the duo prepared for their respective characters in the film. The Highway actress said: "Varun's accent was a bit difficult than mine in the film since he belongs to Jhansi and I belong to Kota which is an educational hub of Rajasthan.

"Every actor prepares for his film, but it should look like an effortless performance onscreen and people should forget Alia and Varun and only see Vaidehi and Badri onscreen," Varun added.

Alia Bhatt and Varun Dhawan made their Bollywood debut along with Sidharth Malhotra in 2012 with Karan Johar's Student Of The Year. They have also co-starred in Humpty Sharma Ki Dulhania.

Promoted
Listen to the latest songs, only on JioSaavn.com
Meanwhile, Varun Dhawan will be seen romancing Taapsee Pannu and Jacqueline Fernandez in Judwaa 2.