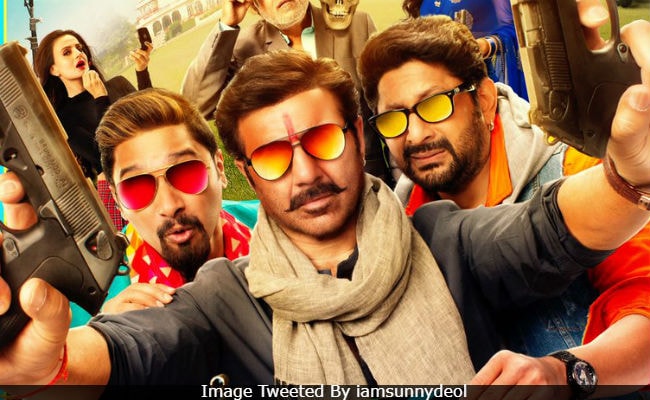 Here's the first poster of Bhaiaji Superhit. Seen yet?

Of Bhaiaji Superhit, Sunny Deol earlier told mid-day, "The film has some high-octane action stunts. I will be seen in a double role. The characters are not twins, they merely look alike. I hope the audience likes what I have attempted." The release date of Bhaiaji Superhit has been changed several times previously. In April, mid-day had reported that the makers have zeroed in on a September release. Before that, it was expected to open during this Eid.

Promoted
Listen to the latest songs, only on JioSaavn.com
Both Preity Zinta and Ameesha Patel have co-starred with Sunny Deol previously. Preity and Sunny Deol made The Hero: Love Story of a Spy in 2003 while the actor co-starred with Ameesh in Gadar: Ek Prem Katha (2001). Poster Boys was Sunny Deol's film with Shreyas Talpade.