Finally, Surbhi Jyoti In, But Not As, Naagin 3

Surbhi Jyoti shared a picture of herself and wrote, "Well hello there Naagin 3" 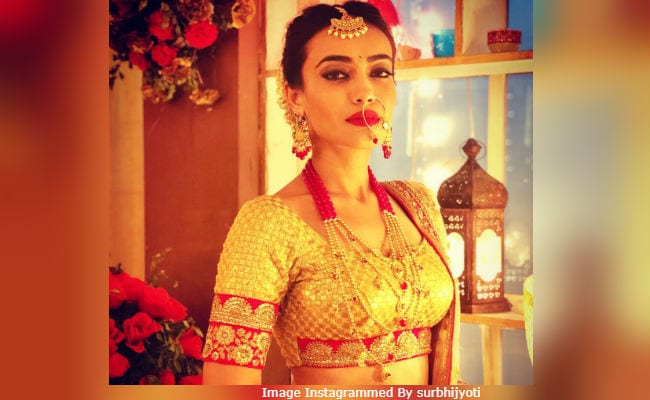 New Delhi: Folks, finally, Surbhi Jyoti was introduced on Ekta Kapoor's much-anticipated show Naagin 3. Surbhi shared a picture of herself, which appears to be from the sets of the show, and wrote, "Well hello there Naagin 3." In the picture, Surbhi is dressed as a bride in a red and golden lehenga and wears heavy jewellery. Ekta also re-posted Surbhi's picture and welcomed her. However, with the post, she clarified that the actress doesn't play the role of a snake woman ('Naagin') on the show, unlike Anita Hassanandini and Karishma Tanna. "Welcome to the folklore franchise. Hello right back. #NotNaaginButInNaagin," wrote Ekta.

Karishma Tanna was introduced as the show's 'first Naagin.'

The Internet was not happy with Karishma being a part of the show. Comments such as "we want Mouni Roy back" and "Karishma Tanna is a bad choice for Naagin" were posted.

And, Anita Hassanandini's character was introduced after her.

NAAGIN 3 welcomes @anitahassanandani as the second shape shifting snake woman! It's V FOR VENDETTA this season in INDIA'S most watched folklore supernatural franchise !!! Wait for NAAGIN 3 only on Colors!

The promo of Naagin 3, featuring Karishma and Anita was unveiled on Wednesday.

Promoted
Listen to the latest songs, only on JioSaavn.com
Mouni Roy had headlined both the previous seasons of Naagin. She defended Karishma Tanna and wished her good luck. "She (Mouni) has left a mark and her fans including me can't think of replacing her. It's a new season and I hope I can do the same justice that she did to the show." Karishma wrote while sharing Mouni's video message.