Filming PINK Was 'Wonderful' For This Actress, Courtesy Amitabh Bachchan 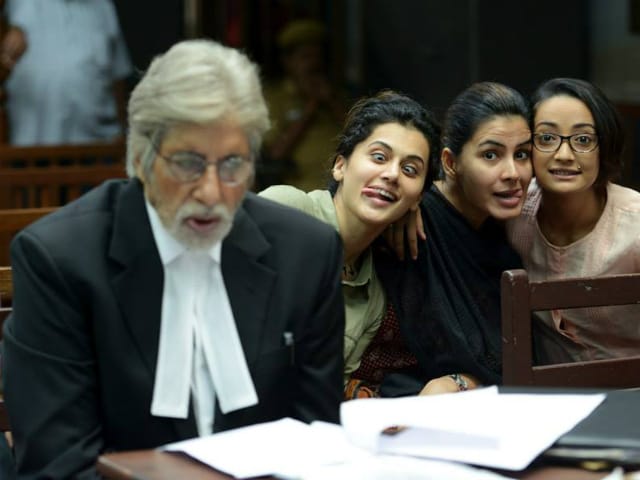 Mumbai: Actress Kirti Kulhari, who shares screen space with actor Amitabh Bachchan in PINK, said that it was an honour for her to work with Big B and termed her journey working with him as "beautiful".

"It was wonderful. It was an honour and a pleasure to work with him. On the set, he is the most professional person around, the most comfortable actor to work with," she said.

"He makes sure that you are comfortable. He is there for you to give you cues, to rehearse with you no matter how many times it is. It has been a beautiful journey shooting for PINK with him around and also everyone. I hope something good comes out of that," Kirti said at the trailer launch of the film San 75.

San 75 is a story about the invention of the first mobile phone against the backdrop of the Emergency imposed in the country.

When asked about her character in the film, Kirti said: "She's a middle class girl of those times. So I'm sure it is quite different from today's times in terms of the control that she lived with, which was more at that time."