"I feel very privileged that I can make the movies I want to make and with whom I want to make them. If I can use that privilege to introduce new talent and enrich the business, nothing like it," said Kedarnath director Abhishek Kapoor 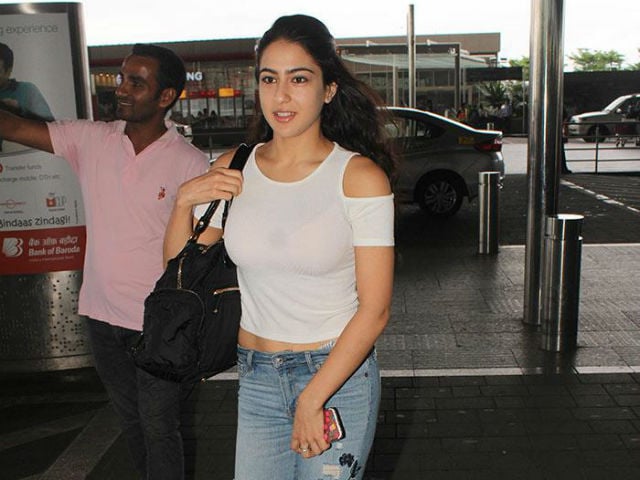 New Delhi: Saif Ali Khan and Amrita Singh's daughter Sara is currently shooting for her debut film Kedarnath, co-starring Sushant Singh Rajput. In a statement, the film's director Abhishek Kapoor said that he feels 'privileged' to launch Sara in Bollywood, reported news agency PTI. "I feel very privileged that I can make the movies I want to make and with whom I want to make them. If I can use that privilege to introduce new talent and enrich the business, nothing like it," PTI quoted Abhishek Kapoor as saying. The filmmaker has previously launched actors Farhan Akhtar (Rock On!) and Sushant Singh Rajput (Kai Po Che!).

The shooting of Kedarnath started on September 5 and to make the day special the makers of the film unveiled the first poster of the movie. The poster features Shiva's idol and Kedarnath temple that can be seen half submerged in water. In the background, a silhouette of a man kissing a woman's forehead is seen.

A journey of faith...and love !!Come join us with #KedarnathFirstLook#SaraAliKhan@Abhishekapoor@Kriarj@balajimotionpic@TSeriespic.twitter.com/FTcoUy3nUO

Kedarnath will narrate a love story, which has been set in the backdrop of the holy temple town of Kedarnath, Uttarakhand. Sushant will portray the role of a pithu, who carries pilgrims to the shrine in the film while Sara will feature as a young woman, who will be accompanying a pilgrim to Kedarnath.

Ahead of the film's shoot, Sara and Sushant Singh Rajput visited the Kedarnath temple, pictures of which were shared on social media by the actors' fan clubs.

@itsSSR & #SaraAliKhan seeking blessing at the holy of kedarnath temple charm in the air , Damn excited to #Kedarnath
"Love is pilgrimage" pic.twitter.com/SDnuYR7y0M

Sara is the daughter of Saif Ali Khan and his first wife Amrita Singh. She has a younger brother Ibrahim Ali Khan, 19.