Fatima Sana Shaikh's 'Bachpan' In 5 Pics. Reminds Us Of Chachi 420 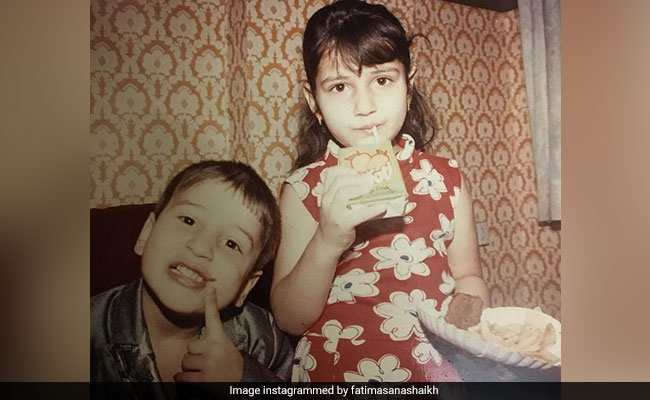 Actress Fatima Sana Shaikh took a trip down the memory lane and dug out an entire album of throwback photos from when she was just a little kid. The Thugs Of Hindostan actress was kind enough to share some of the glimpses of her childhood with her Instafam, who can't get over how cute the actress was in her younger days. Sharing as many as five of her childhood photos, Fatima captioned an album on Instagram as: "bachpan". In one of the photos, a much younger version of Fatima can be seen sitting against a mirror while in another, she can be seen sipping Frooti. Well, we can't deny that Fatima's childhood photos indeed remind us of her character from Chachi 420 - she played the role of Tabu and Kamal Haasan's daughter Bharti in the 1997 film.

Fatima Sana Shaikh is a true blue fan of throwback pictures. Last month, she shared a priceless throwback photo from the sets of Chachi 420. She kept the caption simple and let the photo do all the talking.

After her role as a child artist, Fatima Sana Shaikh made her Bollywood debut with Aamir Khan's Dangal, after which she also starred in Thugs of Hindostan.