Fatima Sana Shaikh played the role of Bharti in Chachi 240 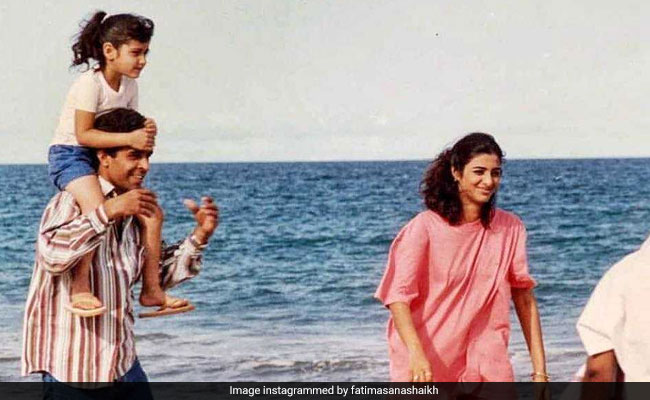 It might not be Thursday yet but we chanced upon a million-dollar throwback picture which just made our Tuesday better. The picture was shared by Fatima Sana Shaikh on her Instagram profile. Fatima shared a throwback picture from her first film. In case you are wondering if she posted a picture from her 2016 super hit film Dangal, you might be mistaken. The 27-year-old actress actually treated her Instafam to a behind-the-scene photograph from the 1997 film Chachi 420, in which she featured as a child artist. The photo also features Tabu, who was her co-star in the film. We are eagerly waiting for Tabu's reaction to Fatima's post. Meanwhile, take a look at the aforementioned post here:

In the Kamal Haasan-directed Chachi 240, Fatima played the role of Kamal Haasan and Tabu's daughter Bharti. Chachi 240 is a remake of the 1993 Hollywood film Mrs Doubtfire, which starred late actor Robin Williams.

Fatima Sana Shaikh became a household name after she featured in Nitesh Tiwari's Dangal, alongside Aamir Khan and Sanya Malhotra. Before her breakthrough movie Dangal, Fatima starred in television shows like Ladies Special and Agle Janam Mohe Bitiya Hi Kijo. Fatima has also been a part of films like Bittoo Boss and Akaash Vani.