Fatima Sana Shaikh: Getting Thugs Of Hindostan Was As Difficult As Dangal

Fatima Sana Shaikh said: "For Thugs Of Hindostan, I had to go through multiple rounds of auditions till I got the film. So, we can do several films, but every film will be like a first" 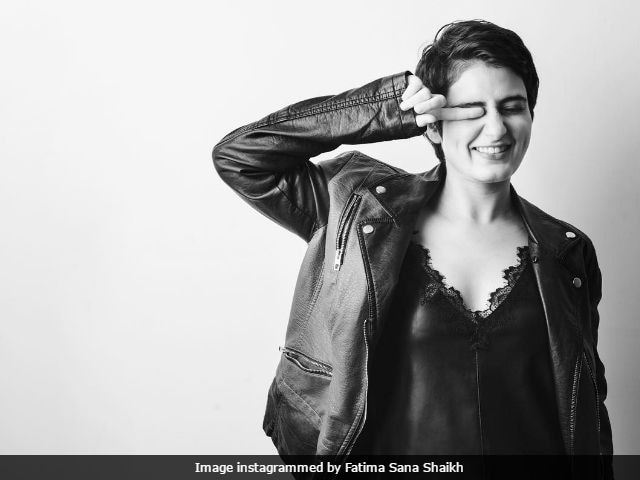 Fatima said she had to start from the scratch for Thugs Of Hindostan. (Image courtesy: Fatima)

New Delhi: For actress Fatima Sana Shaikh, the struggle to get a film after starring in Aamir Khan's Dangal did not end. The 25-year-old actress will be next seen in Yash Raj Films' Thugs Of Hindostan, also starring Aamir along with Amitabh Bachchan. She told news agency IANS that getting the role in Thugs Of Hindostan was as difficult as it was getting the role of Geeta Phogat in the Nitesh Tiwari-directed biopic on Mahavir Singh Phogat. "After Dangal, I was back to square one. For Thugs Of Hindostan also, I had to go through multiple rounds of auditions till I got the film. So, we can do several films, but every film will be like a first - at least it is so for me because you start from scratch," said Fatima.

Fatima started her career in films as a child artiste in Kamal Haasan's Chachi 420. "Chachi 420 happened when I was a child, and then I had to struggle again, I gave so many auditions. All this has come to me, but it came to me with a lot of effort. The struggle never ends. For me, this life - acting and films - is very sacred. I have struggled for long and so, I value things. Even if I have to give multiple auditions, it is okay," Fatima added.

She said that Thugs Of Hindostan is a "god-sent" opportunity. "It feels unreal. It is a huge project and with one of the best production houses. And plus there's Amitabh sir and AK (Aamir). I feel very fortunate," Fatima told IANS.

Fatima's look test for Thugs Of Hindostan leaked on social media recently. Of her look in the film, Fatima said: "It is somewhere around it. But the final look is yet to be locked. They will sharpen it." Fatima plays the role of a warrior in Thugs Of Hindostan and talking about preparing for it, she told IANS: "Oh yes. I am ready for it. My body says work harder. I am doing a lot of training because Thugs Of Hindostan demands a different kind of action from wrestling. I will need to look tall, be light on my feet, jump and be agile. I have to learn sword fighting and archery because she is a warrior."

Promoted
Listen to the latest songs, only on JioSaavn.com
Of working with Yash Raj Films and becoming the quintessential 'YRF heroine,' Fatima said: "I am thrilled to be a YRF heroine. But I also want to do the typical YRF heroine, where the sari (pallu) flies, and there's running around the trees," she said.