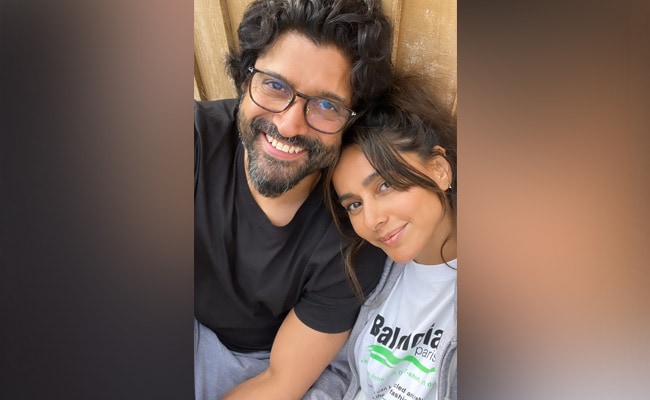 Actor-filmmaker Farhan Akhtar and wife Shibani Dandekar recently flew to London to attend singer Adele's concert. It was held at the BST Hyde Park on Sunday. The duo have been sharing glimpses of their trip on their respective Instagram Stories. Farhan even posted an adorable selfie with Shibani on Sunday evening (Monday morning in India). While the actor looks cute in a black tee, Shibani can be seen sporting a white T-shirt, which she paired with a grey jacket and blue denims. He has also shared a solo picture of Shibani sitting among the crowd in Hyde Park. Check out his Instagram stories here: 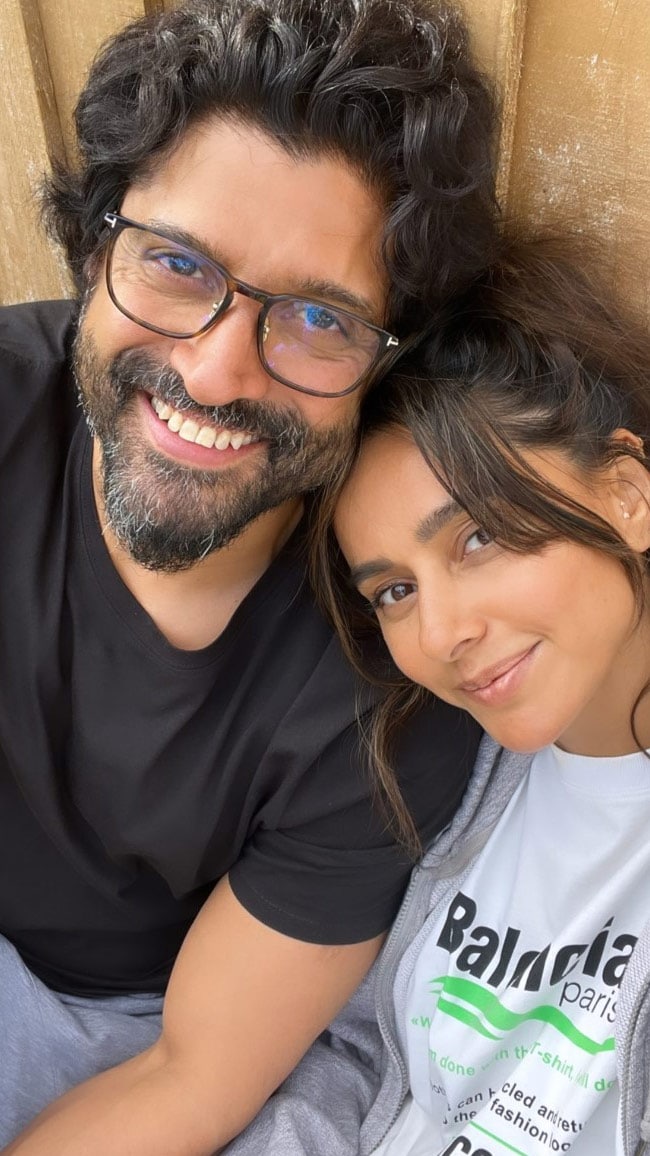 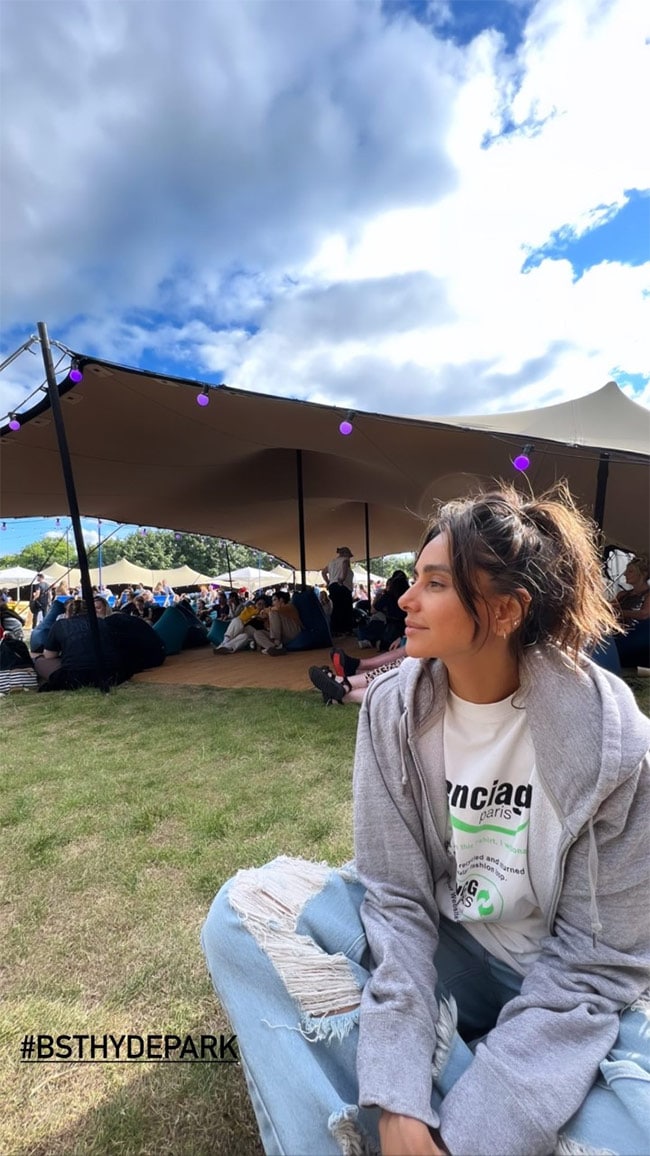 On his latest Instagram Stories, Farhan Akhtar shared a scene from Adele's concert, for which he was all hearts. “What a night,” he wrote and added two red heart icons to the caption. 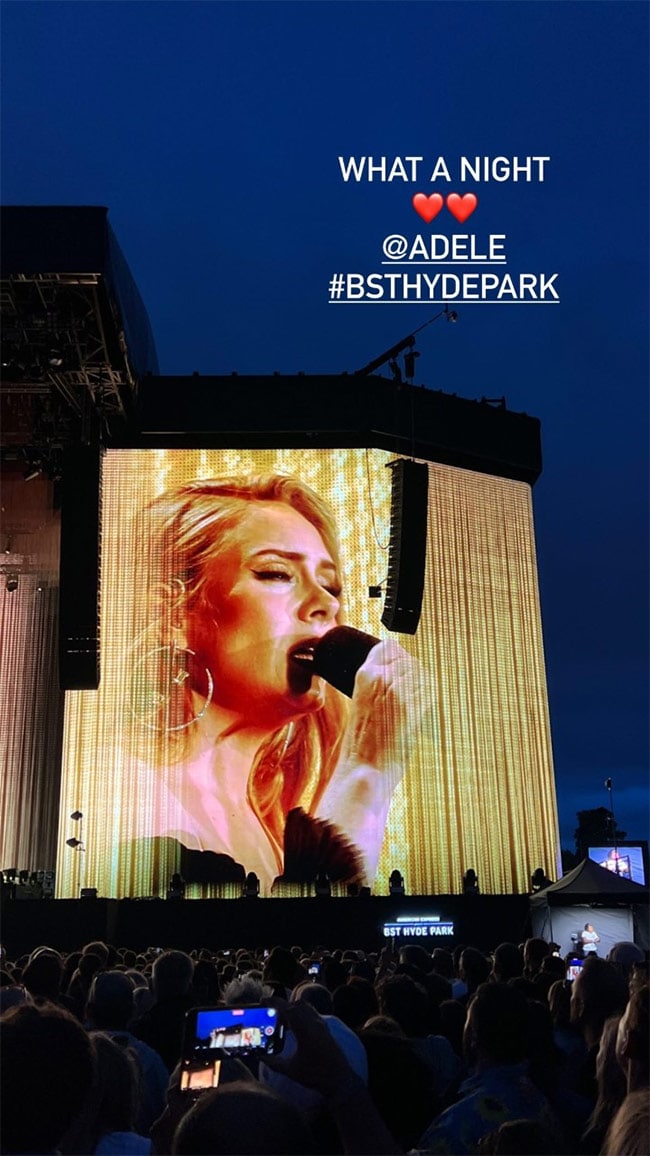 Adele's concert for London's BST Hyde Park Festival, which she headlined, marked her first concert in five years. Some of the songs that Adele, who got emotional on the stage, crooned were Easy On Me and Oh My God.

Coming back to Shibani Dandekar and Farhan Akhtar, the couple got married in an intimate ceremony on February 19 after dating for a couple of years. The close-knit ceremony was attended by the couple's family and friends, including Rhea Chakraborty, Hrithik Roshan, Gaurav Kapur, Samir Kochhar, Monica Dogra, Shankar Mahadevan, and Ehsaan Noorani.

A few days after their wedding, Farhan shared a bunch of photos from the celebrations with his Instafam and wrote why he and Shibani opted for a private ceremony. “A few days ago, Shibani and I celebrated our union and we are deeply grateful to all those who did respect our need for privacy on the day. The celebration, however, is incomplete without sharing some precious moments with you and seeking your blessings as we begin our journey across the skies of time, together. With love from us to you,” read his caption.

Last month, the couple was vacationing in the Maldives. See what they posted from their holiday:

Farhan Akhtar is best-known for directing movies like Lakshya and Dil Chahta Hai. He has also acted in films like Bhaag Milkha Bhaag, Zindagi Na Milegi Dobara, Dil Dhadakne Do and The Sky Is Pink. He was last seen in Marvel Studios' Ms Marvel.

Shibani Dandekar, on the other hand, is a video jockey. She has also participated in reality shows such as Khatron Ke Khiladi and Jhalak Dikhla Jaa.