At The Next Party Farah Khan Goes To: Abhishek Bachchan, Beware. Anil Kapoor, You Are Safe

Within a few hours, the comments section was filled with adorable reactions, where people called the duo “the cutest” 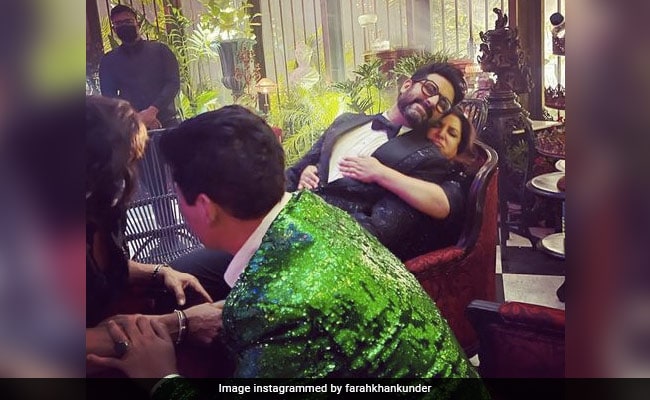 There is never a dull moment with Anil Kapoor around. If the question is who is the “youngest person” in the Hindi film industry, there is just one answer – Anil Kapoor. Agree? The actor, even at 65, looks livelier and younger, compared to many. And at the recent annual function of the Mumbai Police titled Umang, he was the life of the party. Proof? Just go through filmmaker-choreographer Farah Khan's Instagram feed. On Monday, Farah posted a video of herself and Anil Kapoor dancing like no one's watching. The duo, twinning in black, are grooving to Mika Singh and Kalpana Patowary's track Gandi Baat backstage.

Within a few hours, the comments section was filled with adorable reactions, where people called the duo “the cutest.”

Even on her Instagram Stories, Farah Khan has posted a picture with Anil Kapoor and wrote, “Twinning…with my Papaji.” 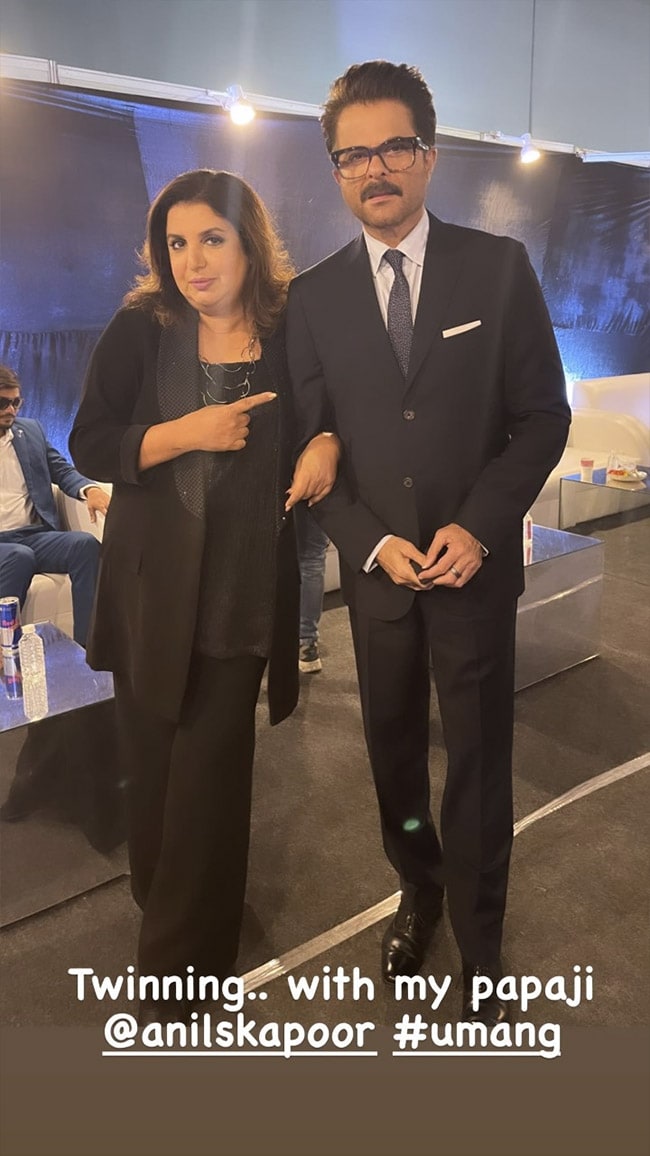 Farah Khan attended the function, with Anil Kapoor, Sonakshi Sinha and many other celebrities, after recovering from a swollen leg, as per her recent Instagram entry. On Sunday, she posted two photos to share the consequences of having too much fun with friend Abhishek Bachchan at Karan Johar's 50th birthday party.

At the birthday bash, Abhishek Bachchan sat on Farah Khan's lap to show his “love” for her, of course, “in the most unique way.” But that resulted in a swollen leg for Farah and she was put on bed rest.

Sharing a photo of Abhishek Bachchan sitting on her lap, followed by an image of her swollen leg, Farah Khan wrote: “Love is shown in the most unique way by Abhishek Bachchan... but it has its repercussions Karan's party… Love you too, junior... wait till I sit on your lap,” along with a laughing emoji.

Her social media upload left Abhishek Bachchan and her other friends from the film industry in splits. “Hahahahaha. Don't blame me for your age,” commented the Guru actor. Mini Mathur hilariously wrote, “What the hell?”

Farah Khan's Instagram timeline is all about having fun with friends. Do you agree?