Farah Khan Has a New Name For Jackie Chan 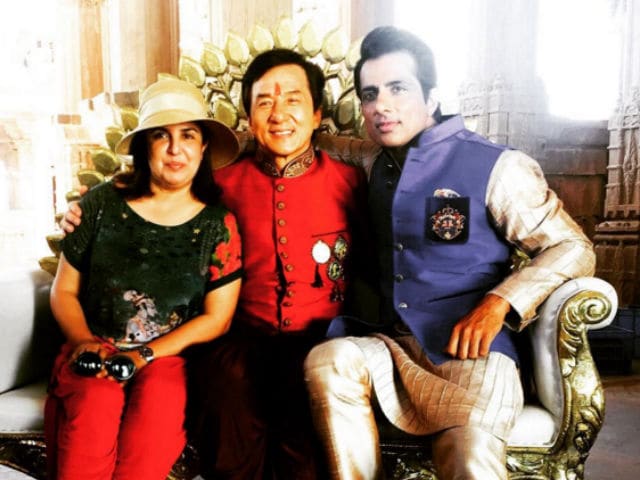 Farah, along with Geeta Kapoor, are working on the choreography for the film, which is being shot in Jodhpur, Rajasthan.

Farah shared an image of herself sitting next to Jackie Chan. In the picture, Jackie Chan is seen wearing a red silk kurta with a maroon dhoti.

The King of action CAN dance n how!! Changing his name 2 Jackie Jackson!! #kungfu yoga pic.twitter.com/2rcQXvtKeg

Kung Fu Yoga is a part of the three-film agreement signed between the two countries during Chinese President Xi Jinping's visit to India.(Also Read: Sonu Sood Couldn't Ask For a 'Better New Year's Holiday.' Here's Why)