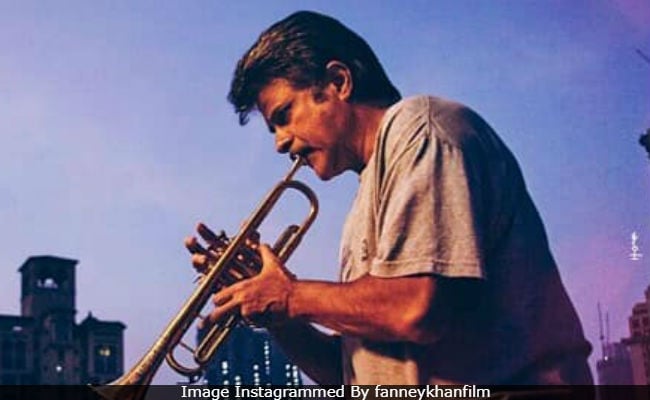 Anil Kapoor and Aishwarya Rai Bachchan's highly-anticipated film Fanney Khan added Rs 75 lakh on Monday to its overall collection, reports Box Office India. The film's current total now stands at Rs 7.50 crore. Fanney Khan failed the Monday test and the Box Office India report states that the film is 'proving to be a disaster.' Fanney Khan's competitors at the box office were Mulk and Karwaan and both the films have performed better than Anil Kapoor and Aishwarya Rai Bachchan's movie. Fanney Khan also opened to a poor start and earned close to Rs 2 crore on Day 1. Over the weekend, it made over Rs 5 crore.

In his review for NDTV, film critic Saibal Chatterjee gave Fanney Khan 2.5 stars out of 5. "Portions of Fanney Khan are a bit of a stretch: they are a touch flabby and far-fetched. What undermines Fanney Khan is its inability to tap to the fullest the universal emotions inherent in the father-daughter relationship. It pivots around the infectious energy that Anil Kapoor brings to bear upon the character of the failed musician Prashant Sharma," he wrote.

Fanney Khan tracks the story of a father (Anil Kapoor), who is a failed musician but wants his daughter Lata (Pihu Sand) to become a successful singer, which is also her dream. However, Pihu deals with body-shaming issues. Aishwarya plays a singer Baby Singh. Rajkummar Rao also co-stars with Aishwarya and Anil Kapoor. Fanney Khan reunites Aishwarya Rai Bachchan and Anil Kapoor after 18 years.