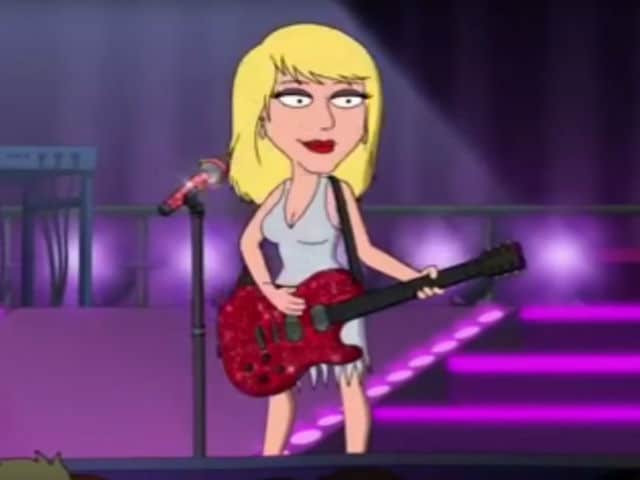 Los Angeles: The makers of animation show Family Guy dedicated an entire episode to singer Taylor Swift, taking a dig at her habit of writing revenge songs about her former boyfriends. In the episode, Taylor breaks up with fictional character Chris Griffin saying "just so I can write songs about heartbreak", reports Metro.

After breaking up with Chris, the animated version of Taylor writes a cruel song about him behind his back. It is called The boy in the giant tux. It has lyrics: "I know you're just blubber in a dress shirt."

Explaining why she would do such a thing, Taylor later tells him: "I ruin relationships with nice guys and John Mayer just so I can write songs about heartbreak and moving on."

Promoted
Listen to the latest songs, only on JioSaavn.com
Chris later goes on a rant at the singer, saying: "Taylor Swift, you are a spoiled, ostrich-legged, no-talent, big-footed freak. You pretend to relate to your fans but you make your bodyguards carry your purse! All your songs sound the same! And your cats aren't that cute."