'Failing As An Actress Was Disheartening,' Says Twinkle Khanna

"I came to the conclusion that I had spectacularly failed as an actress," says Twinkle Khanna 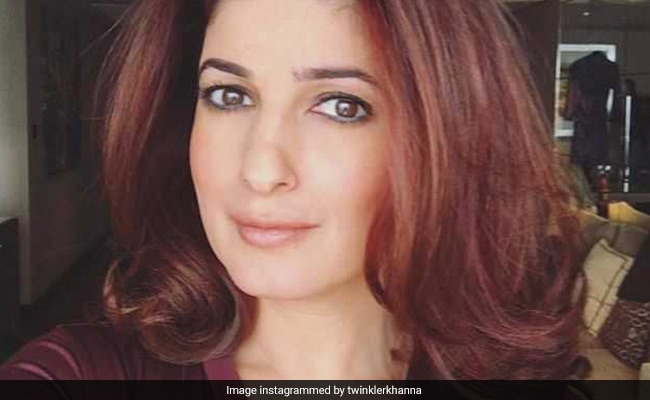 New Delhi: We're fond of Twinkle Khanna for many things - her quick-witted tweets, her keen sense of interior design and definitely her candid thoughts. But actor-turned-writer Twinkle, star of films such as Jab Pyaar Kissi Se Hota Hai and Mela, says that she 'failed spectacularly as an actor.' Twinkle, who was present at an event in Mumbai on Wednesday, said: "Eight years later, I came to the conclusion that I had spectacularly failed as an actress. Though this was a bit disheartening, I wasn't shattered, partly because of the way my mother had raised me, and also because I realised that having failed at something didn't mean that I was a failure," reports news agency PTI.

Twinkle, who is now the author of two bestsellers - Mrs FunnyBones (a compilation of humour columns) and The Legend Of Lakshmi Prasad, says that when you don't take success very seriously it's easier to shrug off failure. Twinkle told PTI: "When I finished my 12th grade, I wanted to become a chartered accountant. But since my parents (Rajesh Khanna and Dimple Kapadia )were in the entertainment business, they were keen I follow their footsteps and I did."

Before Twinkle became an author she was an actress and has featured in films like Jab Pyaar Kissi Se Hota Hai with Salman Khan, Mela with Aamir Khan and Baadshah with Shah Rukh Khan.

Twinkle's broken dreams didn't damper her spirits. "The failure meant that I now had the opportunity to try and succeed at million other things. I moved on and here I am today. Life is like flying a kite. Sometimes you have to hold on tight, sometimes loose. Sometimes your kite can fly effortlessly and at other times no matter what you do, you cannot control it. But even when you're struggling to keep your kite afloat, and the string is cutting into your hand, don't let go. The wind may change once again in your favour, just don't let go," Twinkle said.

Promoted
Listen to the latest songs, only on JioSaavn.com
Twinkle Khanna, daughter of Rajesh Khanna and Dimple Kapadia, is married to Akshay Kumar. They are parents to 15-year-old Aarav and 5-year-old Nitara.