Everyone Should Read Actress Zarine Khan's Powerful Post on Bodyshaming 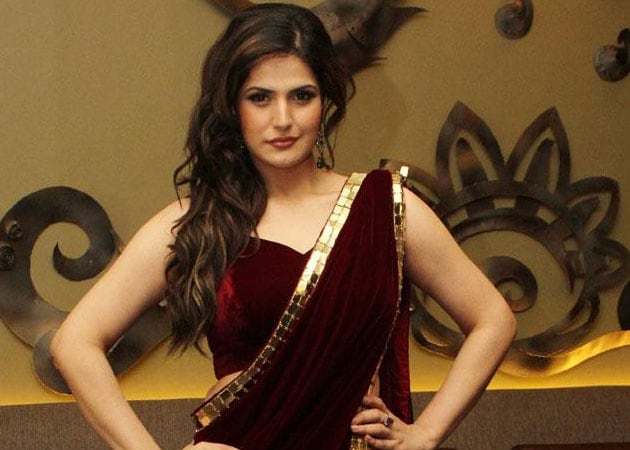 Zarine is most popular for her work in Housefull 2

New Delhi: Actress Zarine Khan is winning admiration for an inspiring post on Instagram in which she reveals that she struggled with her weight and being bodyshamed. Zarine, 28, accompanied her lengthy Instagram note with two photos of her much heavier self, both taken when she was in school.

What the Housefull 2 actress says about her younger self is, or should be, a lesson in self-esteem and self-worth: "When I look at these pictures, I feel proud of myself today. Not that I felt any lesser about myself back then. Inspite of being so big I never let people's comments or ideas about me bother me. Because it's my life and my body and only I have the right to decide what I'm going to do with it."

In her note, she writes that losing weight was difficult and that she had already lost the extra kilos by the time she was cast in her first film (2010's Veer, co-starring Salman Khan). She was asked to gain weight to play the role of Princess Yashodhara in the film. And since irony often ups and dies in Bollywood, she was slammed by some for the weight gain: "Unfortunately I was criticised to no end for my weight but again I never let that get to me. How could I? Those people had not seen me like the way I am in these pictures here. And for me everything was just an achievement to reach from where I was to where I am."

Undeterred, Zarine made fitness a "way of life" and makes no attempt to hide the stretch marks that came with shedding poundage. "I believe in flaunting it," she explains, "it makes me feel like a tigress with stripes."

Zarine, last seen 2015's Hate Story 3, concludes her post by saying that her transformation has been for herself and not because of being bodyshamed.

Came across these pics of mine from school and college days. (White one was in std 9th & pink one was right after my std 12th exams). Whn I look at these pics I feel proud of myself today not tht I felt any lesser abt myself back then. Inspite of being so big I never let ppl's comments or ideas abt me bother me. Bcoz it's my life and my body and only I hav the right to decide wht I'm gonna do with it. Then one day I decided let me try how it feels to b a little lighter and hence started my weight loss journey. It wasn't easy at all bt everytime I looked at the Progress in the mirror I got the push to do more. I had lots more energy than before and I was loving every bit of this new person I was transforming into. Whn I became a part of this industry, I had lost all my weight ... Infact I was asked to put on weight Fr my first film to look the character. Unfortunately I was criticised to no end Fr my weight bt again I never let tht get to me. How cud I ? Those ppl had not seen me like the way I am in these pics here. And Fr me everything was jus an achievement to reach frm where I was to where I am. I continued on my fitness journey irrespective Bcoz fitness Fr me is a way of life now. Along with the weight loss came a lot of stretch marks bt instead of feeling ashamed of it and trying to hide it , I believe in flaunting it . It makes me feel like a tigress with her stripes. I have come a long way in this journey of fitness and I still hav a long way to go... Bt it's always been only Fr myself and not Bcoz of ppl shaming me ! #MondayMotivation #SayNoToBodyShaming #LoveYourself

Like Zarine Khan, actress Parineeti Chopra has discovered the hard way that people won't be happy no matter how you look. The 27-year-old actress was trolled last November after debuting a new, toned physique that took her nine months of working out to achieve. (Also Read: Parineeti Chopra's New Look Wins Twitter. Everybody But the Trolls)

I post my pictures because I feel good and confident. I put out these pictures not because I want to show off or try to be anyone or anything else. I have my own sense of style and my own way to think and me putting out a picture that's accessible to so many people is taken more of an opportunity to judge me or my looks, clothes or anything else. I put something out there because it's something I feel good about, everyone is entitled to have their own opinion but putting someone else down because of it is not making you any better of a person. Please think twice before you decide to comment something rude or offensive, it's not a joke. It's sad how in this day and age where feminism is finally getting the attention it deserves, girls still feel the need to tear each other down and indulge in body shaming. I don't care if you think my stomach pops out or if I don't fit into your idea of beautiful, but for your own conscience please realize that having such narrow minded opinions of people makes you an ugly person inside. I truly believe everyone is beautiful in their own way, why can't we all celebrate that and encourage each other. There is only one of you, embrace your beauty, and don't rain on my parade when I'm confident enough to embrace mine. I hope that whatever it is that frustrates you enough to be so cruel will one day go away, because some people might actually take your snide remarks seriously, and I know from experience it can hurt. Let's be kind to one another, love always x