Even Badshah Doesn't Know Why He Called Kartik Aaryan 'Overrated'

"Badshah called me overrated? But I love his work. I really appreciate his music," Kartik Aaryan had said earlier 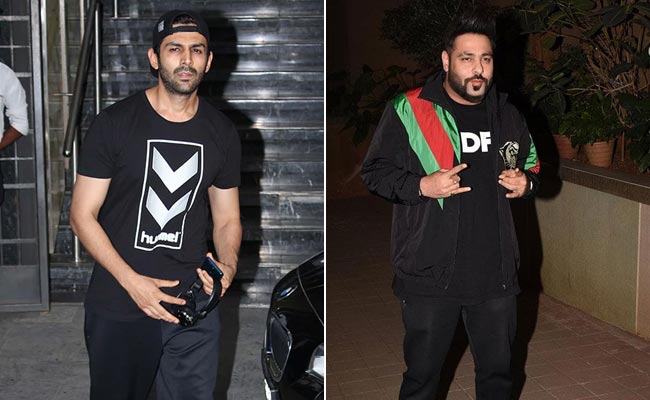 Badshah and Kartik Aaryan in Mumbai

Rapper Badshah won the Koffee hamper for his quick responses in the Rapid Fire Round of Koffee With Karan, once of which was naming Kartik Aaryan as an "overrated" actor. In a recent interview with Mumbai Mirror, Badshah tried to justify his statement from months ago with sort of a vague reasoning: "I don't know why I named him, maybe because we were talking about Kartik during the break," he told the publication and added: "It just came out but the fact is that he is a brilliant actor with a very good script sense." Badshah added that he spoke to Kartik about it and that the actor was an absolute sport: "When I told Kartik, I was acting, he joked, 'Beta, ab tu dekh'."

Meanwhile, Kartik Aaryan was on the Koffee couch just a few months later when he learnt from Karan Johar about Badshah's opinion about him and was rather taken aback. Kartik revealed that Badshah congratulated him for his performance in Sonu Ke Titu Ki Sweety and said that he's a "fan."

"Badshah called me overrated? But I love his work. I really appreciate his music. He's the one who has actually called me after Sonu Ke Titu Ki Sweety and said that 'Paaji, I love your work. I loved Sonu Ke Titu Ki Sweety aur meri poori family aapki fan hai.' So I don't know why he said that but I really love his music. I seriously appreciate his work."