Even After Cancer Diagnosis, Sanjay Dutt Was "Working As If Nothing Happened," Recalls Shamshera Director

"Sanjay sir is a superman and there is no one like him," said Shamshera director Karan Malhotra 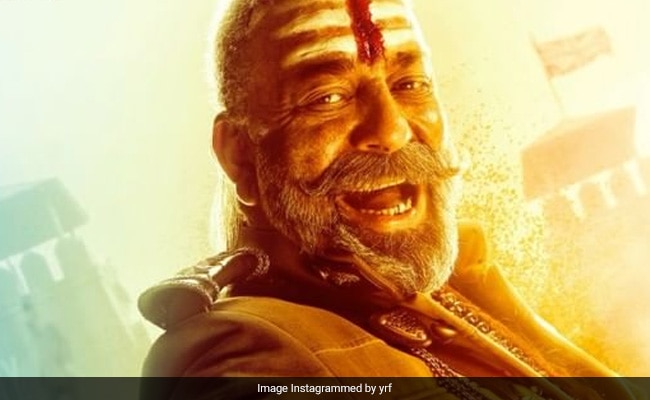 Shamshera director Karan Malhotra, who is busy promoting his upcoming movie, starring Ranbir Kapoor, Vaani Kapoor and Sanjay Dutt, recently revealed that the news of Sanjay Dutt battling cancer came as a "huge shock" to the team because the actor was working as if nothing has happened. Calling him "superman", the director added that he is an example that one can face life's problems with a smile on their face. Sanjay Dutt was diagnosed with stage four cancer in August 2020.

Karan Malhotra said, "The news that Sanjay sir had been diagnosed with cancer came to all of us like a huge shock. We had no idea about it. He was talking, behaving, and working as if nothing has happened. I guess that's why he is where he is today, having conquered this too. Sanjay sir doesn't let anything get the better of him. He is an inspiration on the sets for everyone," ANI quoted the director saying.

The director added, "Having given so many years of his life to his craft, Sanjay sir leads from the front and his demeanour shows us all how to conduct ourselves on the set. He went about shooting Shamshera with the attitude that there is nothing he can't conquer. He never mentioned what he was going through personally. He kept the mood on the set light."

Calling Sanjay Dutt "superman", Karan Malhotra said, "It is exemplary how he silently showed us that we too can face life's adversities with a smile on our faces. To me, Sanjay sir is a superman and there is no one like him. I'm indebted for his support towards Shamshera. He is a constant guide and a mentor to me."

In October 2020, Sanjay Dutt announced that he is cancer free in a post on his Instagram handle. An excerpt from the actor's post read: "The last few weeks were very difficult time for my family and me. But like they say, God gives the hardest battles to his strongest soldiers. And today, on the occasion of my kids' birthday, I am happy to come out victorious from this battle and be able to give them the best gift I can--the health and well-being of our family."

Meanwhile, Shamshera is all set to hit the theatres on July 22.