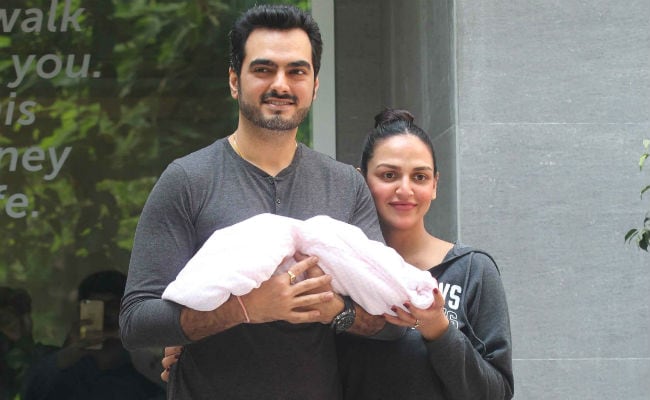 Esha Deol and Bharat Takhtani outside the hospital

New Delhi: Actress Esha Deol and her husband Bharat Takhtani, who welcomed their first child, a baby girl on October 20, brought their daughter home in the afternoon. The couple, who were colour-coordinated, cheerfully waved at the cameras outside the hospital. The baby was cradled in Bharat's arms while new mom Esha stood beside them. Esha, 35, is the elder daughter of star couple Hema Malini and Dharmendra. Her younger sister Ahana Deol is married to businessman Vaibhav Vohra and the couple together have a son Darien, 2. Esha Deol married Bharat Takhtani in a lavish ceremony in 2012. Her pregnancy was announced by Hema Malini on Twitter last April.

See first pictures of the baby with her parents. 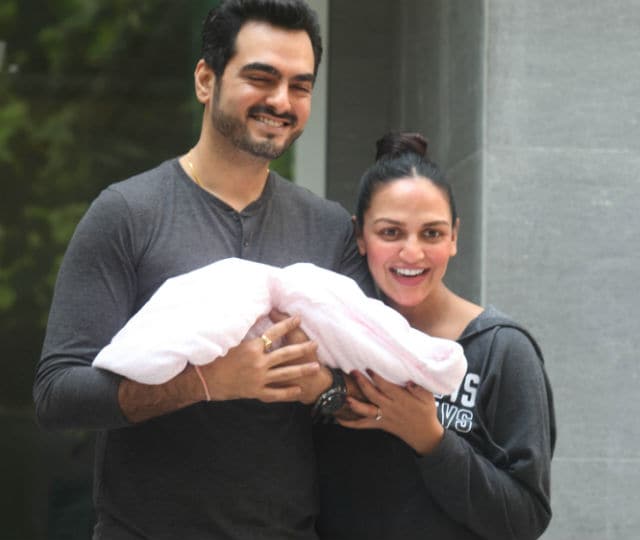 Esha Deol and Bharat Takhtani photographed with their baby 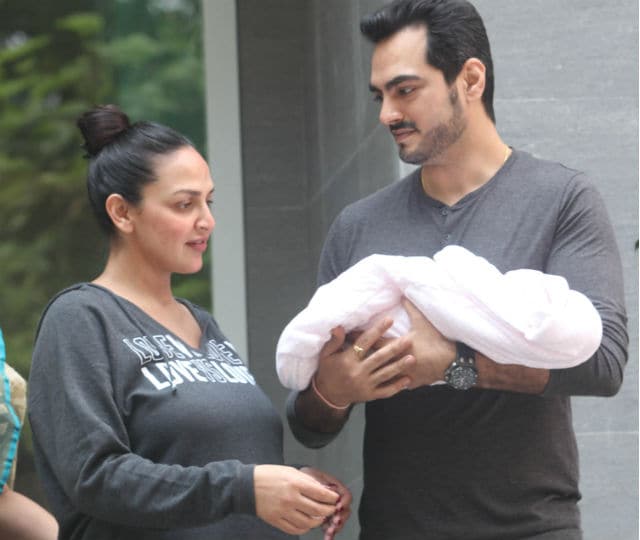 Esha and Bharat have become parents for the first time

Esha's baby shower was held twice in August this year. The first ceremony was as per the Sindhi traditions, in which the couple took four pheras and the second baby shower was hosted by her sister Ahana.

Just last week, on mother Hema Malini's 69th birthday, Esha and Ahana, attended the launch of their mother's biography Beyond The Dream Girl. The biography was unveiled by actress Deepika Padukone.

Promoted
Listen to the latest songs, only on JioSaavn.com
Esha Deol debuted in Bollywood in 2002 with Koi Mere Dil Se Poochhe. She is best-known for films such as Dhoom, Yuva, No Entry and Dus. Her last Hindi film was Kill Them Young, which released in 2015. She has also co-hosted reality show Roadies X2.