It's A Girl For Esha Deol And Bharat Takhtani 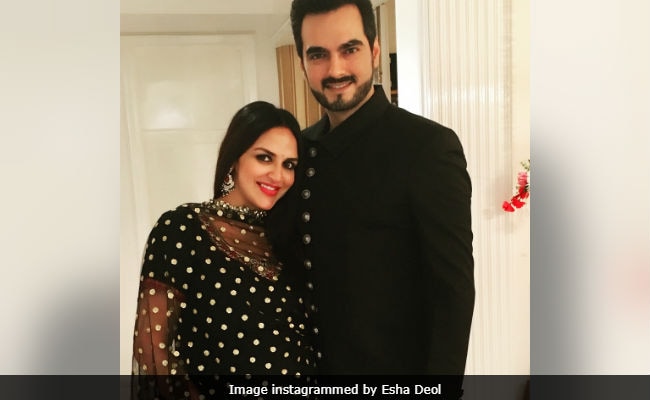 New Delhi: Actress Esha Deol and her husband Bharat Takhtani welcomed their first child, a baby girl on October 20. Esha, 35, is the daughter of Hema Malini and Dharmendra. This is the second time in two years the actor couple became grandparents after their younger daughter Ahana (who is married to businessman Vaibhav Vohra) gave birth to a son, named Darien, in 2015. Dharmendra and his first wife Prakash Kaur are parents to actors Sunny and Bobby Deol and two daughters - Vijeeta and Ajeeta Kaur. Dharmendra's grandson, Sunny Deol's son, Arjun is gearing up for his Bollywood debut in a film directed by his father.

Esha Deol married Bharat Takhtani in a lavish ceremony in 2012. Esha's pregnancy was announced by Hema Malini on Twitter in April. Esha's two baby showers were held in August this year. The first ceremony was as per Sindhi traditions, in which the couple took four pheras. Esha wore a red Neeta Lulla creation for the day. Her second baby shower was hosted by her sister Ahana. See pics from both events.