Plus a strong showing from Phoebe Waller-Bridge's series, Fleabag and Killing Eve. 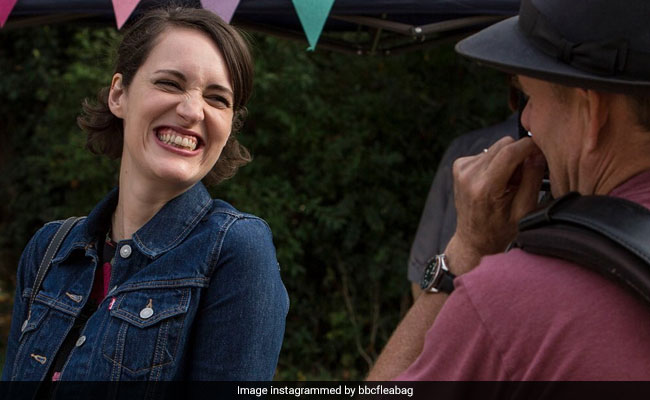 For the television addicts among us, the morning Emmy nominations are announced might be on par with Christmas. There are the expected presents (Game of Thrones, The Marvelous Mrs. Maisel), the slight surprises (The Good Place, Barry) and the oh-my-goodness-I-can't-believe-you-got-me-this gifts (Fleabag, Schitt's Creek). Sometimes we find coal in our stockings - namely, Saturday Night Live guest actor Robert De Niro's nomination for his lackluster Robert Mueller impression - but hey, you can't win 'em all.

In the spirit of positivity, here's a closer look at some of the most pleasant surprises among this year's batch of nominees.

It's difficult to overstate the amount of praise critics heaped upon Phoebe Waller-Bridge's dry-witted BBC series Fleabag when its second and said-to-be final season premiered this spring, three years after the first. British viewers got a jump on the Season 2 craze, which aired there weeks before hitting Amazon Prime in May - giving the show's U.K. fans a leg up on snagging the jumpsuit Fleabag wears in the first episode. (It sold out in a single day.)

But past Emmy cycles have proved that neither critical favor nor general fandom can guarantee a single nomination, let alone 11 of them. The outstanding comedy series nominee also landed nods for lead actress Waller-Bridge and supporting actresses Sian Clifford and Olivia Colman, as well as guest actresses Kristin Scott Thomas and Fiona Shaw (who was also nominated for her supporting role in Killing Eve).

The kooky Canadian import Schitt's Creek has also attracted a cultlike American following, of which the Television Academy seems to be a part. Not only did the charming Eugene Levy and Catherine O'Hara, who play the parents of a once-wealthy family that falls upon hard times, both land nominations in the lead actor and actress categories, but the show itself wound up as one of seven outstanding comedy series nominees.

It seems unlikely that either Levy or O'Hara will wind up with an Emmy in their hands come September, especially given the favorable history of the other nominees, but who knows? Miracles happen.

Joining seven-time Emmy nominee Sandra Oh in the outstanding drama actress category this year is her Killing Eve co-star Jodie Comer. While Oh earned a Golden Globe and Screen Actors Guild Award for playing intelligence agent Eve Polastri in the show's first season, the second run provided ample opportunity for her psychopathic Russian-assassin foe, Villanelle, to shine. Comer won a BAFTA for her work on the show this past May, as did its series creator, who happens to be - you guessed it - Phoebe Waller-Bridge.

Oh, and Comer's nods mark the first time since 2002 that a series has produced multiple nominees in the drama actress category.

- And one for you, Christina Applegate

Aside from O'Hara, Christina Applegate might be the most unexpected name to appear in the comedy actress category. Applegate's twisty-turny Netflix series Dead To Me, in which she plays grieving widow Jen Harding, marks her first leading television role since NBC canceled the sitcom Up All Night in 2012.

Critics largely credited the show's success to both Applegate and her equally billed co-star Linda Cardellini, who plays another grief-stricken woman named Judy Hale, making it rather unfortunate that Cardellini wasn't also recognized for her work.

The Bill Hader-led Barry is an academy favorite, but fans likely celebrated a little extra upon learning of Anthony Carrigan's nod in the supporting actor category. Carrigan, who previously played a villain on "Gotham," has been described as a scene-stealer for his performance as the Chechen gangster NoHo Hank in the HBO comedy. Hank may want to start a gang war, but Carrigan so convincingly emphasizes his happy-go-lucky, thoughtful nature that it's difficult not to root for him.

- When They See Us stands tall

While many viewers singled out Jharrel Jerome's portrayal of Korey Wise as one of the strongest elements of When They See Us, Ava DuVernay's devastating Netflix miniseries about the Central Park Five, the academy commended a wide swath of his co-stars, too. Joining Jerome, who is nominated for lead actor in a limited series, are lead actresses Niecy Nash and Aunjanue Ellis, who play the mothers of two Central Park Five teenagers; supporting actresses Marsha Stephanie Blake and Vera Farmiga; and supporting actors Asante Blackk, John Leguizamo and Michael Kenneth Williams.

- Nailed It! nails it

The reality competition category doesn't mix it up all that often, so how nice it was to see the lighthearted Netflix series Nailed It! appear alongside more obvious picks: The Voice, The Amazing Race, Top Chef, American Ninja Warrior and last year's winner, RuPaul's Drag Race. The show, which riffs off the sort of competition series popularized by the Food Network, features amateur bakers and is carried by its ebullient host, Nicole Byer.