Ekta Kapoor 'Used To Be A Couch Potato.' That's How It All Began

Ekta Kapoor said: "We see to it that the film company does some radical content as that's the creative freedom we were not allowed on television." 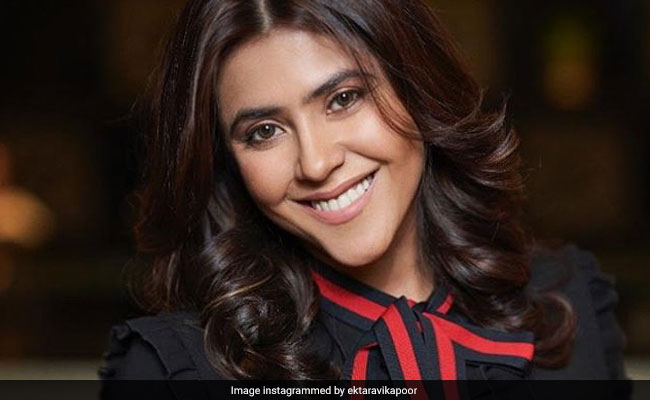 Producer Ekta Kapoor says she used to be a couch potato, and always wanted to make something which was fun. Ekta opened up about her thoughts as a producer during a conversation on IMDb original series The Insider's Watchlist, read a statement. When asked about the difference between producing television, movies and digital content, Ekta said: "I used to be a couch potato, I really wanted to make something which was fun. When we all start off, we don't have any research, we don't have any background of what we think the audience likes. And with Hum Paanch also, I had a lot of time on my hands and so when I could write a comedy, it was a very tough thing to do. I was working with writer Imtiaz Patel....so it was a young person's mindset you know; brash fun and entertaining content."

According to Ekta, as one gets older "you get baggage, you get research and you cannot make something as fun as that but in 2010 we got seriously into film".

"We built the film company because we wanted to own IP. With television in India, you don't own IP, you actually sell your content and the idea was to own IP and it was very helpful to do movies and it was also a creative release, the first year itself - LSD (Love Sex Aur Dhokha) and Once Upon a Time in Mumbaai and they were nothing like the TV content we make."

She recounted her failures.

"Every year, we tried, failed at times, to give out some content that is so alien to what people expect from us... We've always seen to it that the film company does some radical content because that's the creative freedom we were not allowed on television. So while even the medium was not limiting, the commerce of it was and then came OTT. That's the reason why I always say 'Films is communal viewing, TV is family viewing, digital is individual viewing and every individual is different'."

(Except for the headline, this story has not been edited by NDTV staff and is published from a syndicated feed.)
Comments
ekta kapoor