Producer Ekta Kapoor On Becoming A LinkedIn Influencer: 'Like The Game When It's Tough'

Ekta Kapoor: "I want to create a home-grown app that competes with international standards" 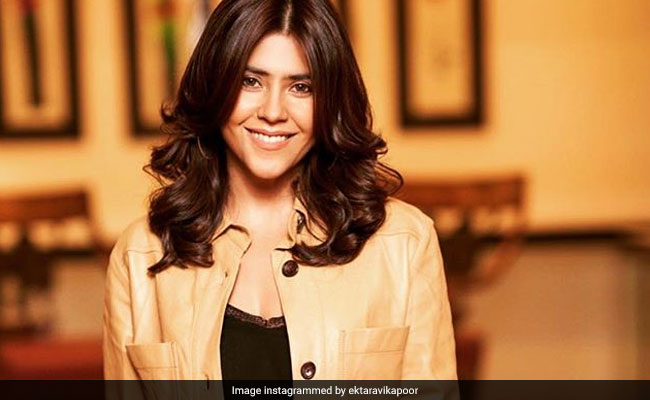 Producer Ekta Kapoor has carved her own niche in the Indian entertainment universe, says in current times when multi-million screens have opened up the scope to cater to "polarized tastes", she finds it exciting to have a competitive edge. Ekta, who established herself as disruptor in the Indian television industry with Kyunki Saas Bhi Kabhi Bahu Thi, Kahaani Ghar Ghar Ki, and Naagin, is now a LinkedIn Influencer, a collective of over 500 global leaders from across geographies and fields. In a blog post on LinkedIn, Ekta, who uses the app ALTBalaji, spoke about scripting India's new content chapter, read a statement. She said: "I want to create a home-grown app that competes with international standards, and gets India to watch local content out of its traditional TV form. It's an ambition. I could fall flat on my face and it's clearly a bit delusional because they're so big, it's not even possible to fight."

"So, I don't want to fight but I definitely want to find my space in the world of content. This has given me a competitive edge, the ability to tell stories that I couldn't tell on TV or in films and some amount of enjoyment. I like the game when it's tough," Ekta added.

With a two-decade-long bold and enterprising journey in the entertainment industry, Ekta has a grip of the needs of the audience today. On her understanding the audience, she said: "There's no secret sauce. I think there's nothing like a rural market. I think there is India, there is a very exposed India, and there is a not very exposed India. And you're giving them a taste of what they will find aspirational." "Like it's very simple. I keep a lot of lights, a lot of gold, a lot of red, a lot of tradition, a lot of drama, because that appeals to mass India. I may not watch it, but I have that much respect, and if it does work, you slowly come to know your audience through your job," she further said.

"In 2020, they're saying there are going to be 660 million screens which means 660 million smartphones. That gives you the ability to do detail and actually cater to polarized tastes. So, you're going to now go ahead and create content which is so individually specific to the type of person you're dealing with that now you don't have to make something that is like a 'one size fits all'. Like one show for the whole family," said Ekta Kapoor.

(Except for the headline, this story has not been edited by NDTV staff and is published from a syndicated feed.)
Comments
ekta kapoorlinkedln