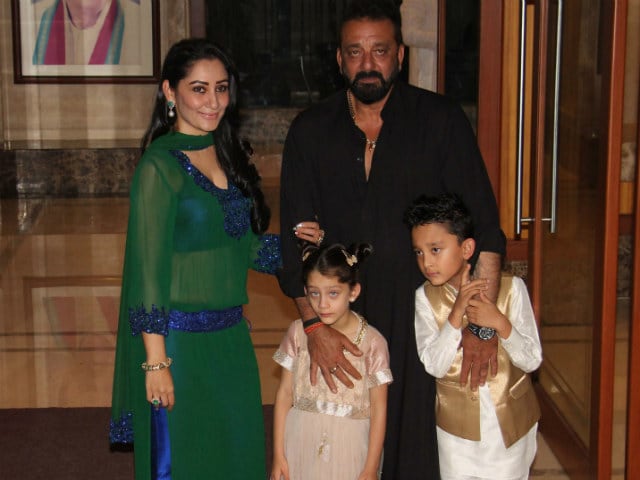 New Delhi: Actor Sanjay Dutt, who is known for being a family person, kept his roster free to bring in Eid festivities with his family on Saturday. The 58-year-old actor also invited the team of his new movie Bhoomi to Eid celebrations at his Mumbai residence. Those who dropped by were actors Aditi Rao Hydari and Shekhar Suman along with the director Omung Kumar. Before the star couple welcomed their special guests inside, the Dutt quartet - Sanjay Dutt, wife Maanyata and their two children Shahraan and Iqra - greeted the media outside the residence, posing patiently for the cameras. Maanyata opted for a blue and green suit while Sanjay Dutt, who sported a black kurta, was sort of in his Munna Bhai persona (and we love it like that).

The Dutt children were adorably colour coordinated in white and gold - Iqra was cute as a button in a lehenga while Shahraan wore kurta-pyjama. 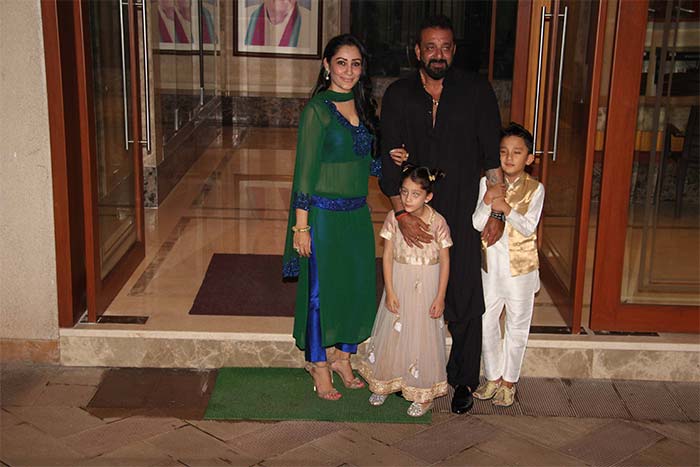 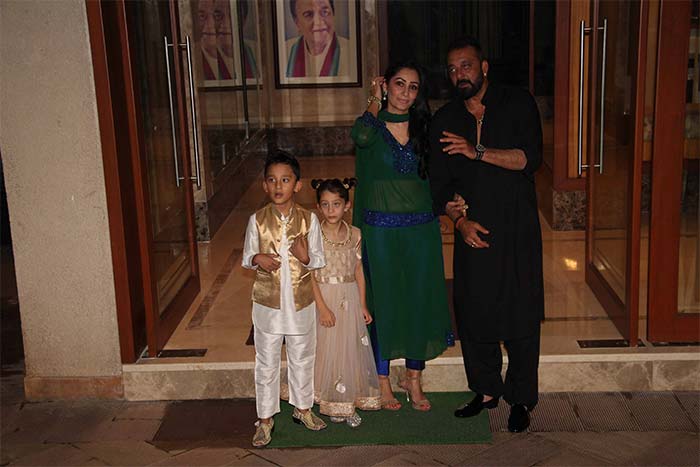 Sanjay Dutt plays a grieved and vengeful father in the revenge drama Bhoomi while Aditi Rao Hydari features as his daughter. At the party, Aditi exemplified that simplicity is key - she was resplendent in a white ensemble with a perfect touch of ethnic. 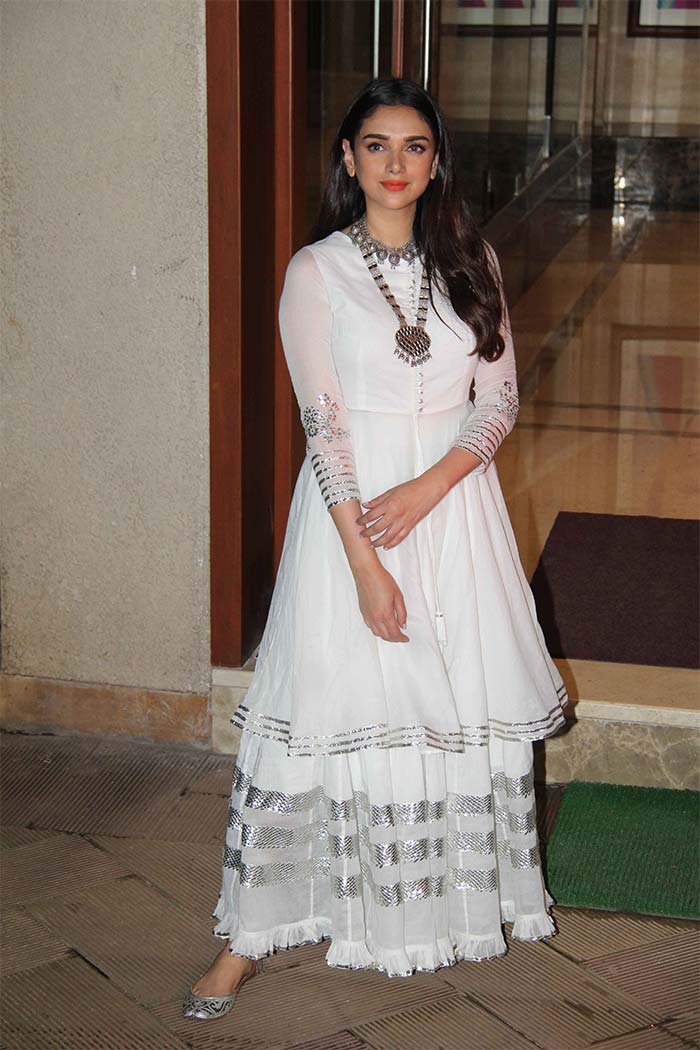 It appears Team Bhoomi has become as good as family and has found a permanent place in Sanjay Dutt's guest list. Last month, the Khalnayak actor and Maanyata invited the film's team to join the Ganesh Chaturthi celebrations at their residence and they obliged. Apart from Aditi, actors Sharad Kelkar and Sidhant Gupta, and producer Bhushan Kumar and his wife Divya Khosla Kumar were also part of the gathering.

Bhoomi is that extra special for Sanjay Dutt because it'll mark his comeback in Bollywood after a five-year jail term in a case related to the 1993 Mumbai Blasts.

Bhoomi, which is an emotional story of a father-daughter relationship, is scheduled to hit screens on September 22.
Comments
sanjay dutteid celebrations