Dunkirk Movie Review: The film is mounted on an epic, impressive scale, but needed real characters instead of anonymous young men. 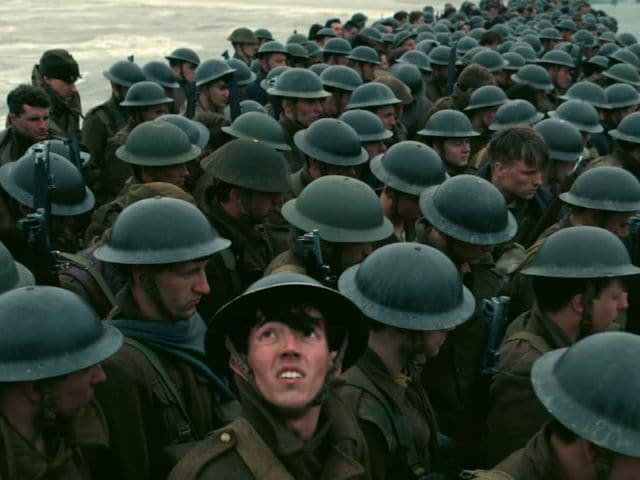 Like no film before, Dunkirk tosses the viewer into war. Christopher Nolan's new film deals with the evacuation of three hundred thousand Allied soldiers from the beaches of Germany-occupied France, and the filmmaker makes the audience feel the shrapnel and long for a helmet. The intensity kicks in early - the film begins poetically, with a shower of flyers dropped by the Germans, toying with their food, to playfully advertise how doomed British and French soldiers are - and the audience, awestruck by the sheer majestic scale, struggles to keep up with the helpless young men in uniform, and with this unrelenting, difficult film.

Nolan's approach is monumentally ambitious. Few words are spoken, few names given, and the structure is a triptych of timelines forcing us into doing math as we watch. This is not war as we are used to watching. Because of its harrowing and realistically filmed sequences of battle and survival, the film has invited comparisons to the savagery in the opening Normandy sequence of Saving Private Ryan, though I believe a different Spielberg masterwork exercises a greater influence on this Nolan film: Jaws, which submerged the camera shoulder-deep for a fourth of the film to make us feel the dread circling the water. What better way to be immersive, after all, than to literally immerse? 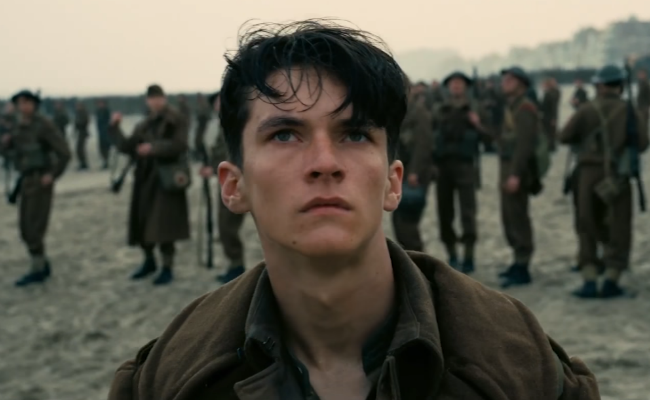 Dunkirk comes to us from soldier-level, keeping us right alongside the confused boys on land and sea and, even in the air, giving us the plane's point of view: which is alarmingly expansive on an IMAX screen, making the job of a dogfighting ace appear impossible with a limitless blue sky view with but a dot to hunt down. Nolan chooses to stay with the people behind the action rather than cut to some divine (and conveniently coherent) all-seeing perspective, just like he chooses to stay with the British soldiers - and the men and women who sailed across the English channel to ferry them home - rather than show us the enemy. Dunkirk is an overwhelming film and it is hard not to gape.

It is also a cold film. Nolan's approach is to humanise via universality, and thus the director notorious for expository dialogue here explains nothing: half the people in the film are not referred to by name, and while I don't believe we need the cliches of sweethearts waiting at home, this complete lack of character background is unnerving. We feel for the situation because the film briefly makes us feel like we're in their shoes - deafening explosions on the beach hit us with their sound before their fury - but the anonymous approach toward the cast, made up of mostly unfamiliar faces, ensures very few people live on with us after the film. It's been two days since I watched Dunkirk and the only character that haunts me is a seafaring civilian called Dawson who is - not coincidentally - the great actor Mark Rylance and one of the only people given a backstory, albeit a predictable one. The film's single finest moment comes when he, wordlessly, tells his son to lie.

This gambit, of characterising war as more terrifying than the individual, is an admirable one but ultimately fails in this case, largely because Nolan refuses to let go of his characteristic non-linear yoyo narrative. Dunkirk cuts to and from three distinct timelines - an hour, a day, a week - with brutal disregard for storytelling and subplots, focussing instead on shuffling the deck so fast we're forced to open our eyes wider to see if we've missed a trick. Day turns to night and back again while Hans Zimmer bombards us with a background score that is a) louder than the Luftwaffe's bombs and b) includes the ticking of a stopwatch. This timeline jumping suits Nolan's other work wonderfully, from my favourite The Prestige to his dazzling Memento and the recent Interstellar - and it is what powers his brother Jonathan Nolan's television show Westworld - but this film about war and peace didn't need the gimmickry.

War And Peace. That opening scene, with young soldiers finding flyers falling on them as if someone had shoved a bloodstained copy of Tolstoy into a cannon, is astounding, as is much of the imagery conjured up by cinematographer Hoyte Von Hoytema. These are beautiful, terrible images of devastation and desperation, and Nolan overloads us with them over the film's mercifully short 106 minute runtime, evoking the claustrophobic feeling of being trapped in a video-game. 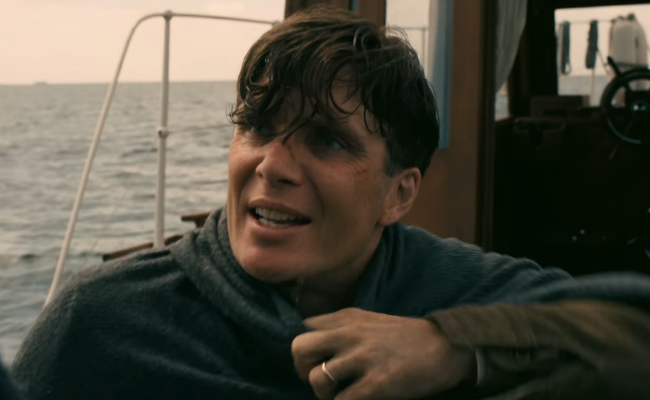 Then, at long last, the three timelines converge and the film ends on a conventionally uplifting note. For an obvious finish, it is an admittedly rousing one. There is a boat called Mimosa, named after the (champagne and orange juice) brunch drink, and here we see it pressed into service, along with many, many other barges and sailboats, men and women weathering the channel to come save their boys. The warmth is extraordinary. After the ordeal Nolan puts us through, this is a well-deserved ending, one built on hope and humanity after a film dedicated to despair. 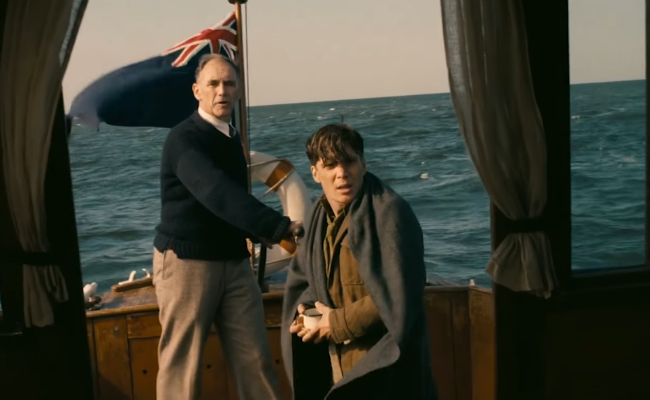 Most reviews of Dunkirk end up discussing something else - other films, other wars, other things entirely - and this could be because Nolan's film leaves us with little to talk about, despite impressing us with its scale. There is a reason cinema and literature about war strives to be about individual hearts, because we recognise ourselves within their beats and within their futility. Spectacularly mounted as it may be, without real people to care for, this is mere naval-gazing. Dunkirk hits us hard and makes us shake from ears to shoes, but doesn't cause much of a flutter right behind the old ballpoint pen.