Drishyam 2: CID Interrogates Ajay Devgn But To No Avail. See His Latest Post

Drishyam 2 will hit theatres on November 18 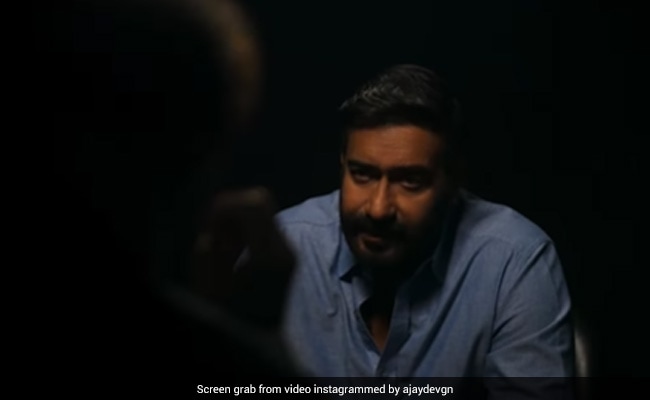 No matter how much ACP Pradyuman and his team try, they will never get evidence against Vijay Salgaonkar. It's CID vs Ajay Devgn now and as per the actor's latest post, he has one-upped the crime branch. After sharing a video of CID taking over the case at the request of the Inspector General of Goa, Meera M. Deshmukh (played by Tabu), Ajay Devgn shared how the interrogation went. “ACP's squad interrogates Vijay Salgaonkar…2:40 AM,” flashes on the screen, after which Shivaji Satam, Dayanand Shetty (Daya) and Aditya Srivastava (Abhijeet) are seen asking Ajay several questions related to the murder of Sameer, the son of Meera Deshmukh. A quick recall: In 2015's Drishyam, Vijay Salgaonkar's daughter Anju killed Sameer on October 2 after he blackmailed her. Vijay, to save his daughter, hides the body and fabricates a story to derail the police during the investigation. In the sequel, the police will re-open the murder case.

Ajay Devgn is one step ahead of the police, answering all their questions calmly and wisely in the latest clip. “Saboot milega ya nahi, par jo bhi ho, case to re-open hoga hi (evidence will be found or not, we don't know yet but the case will definitely be re-opened),” the actor can be heard saying at the end of the video.

He wrote in the caption, “Kitna bhi interrogate karlo ACP Squad, koi saboot nahi milne wala (No matter how much you interrogate ACP Squad, you won't find any proof).”

Oh, and, don't miss the actor's first post with CID. He captioned it, “Case re-open hua nahi, inki interrogation shuru (case has not been re-opened properly but their interrogation has already started).”

Drishyam 2 also stars Akshaye Khanna, Tabu, Shriya Saran, Ishita Dutta, Mrunal Jadhav and Rajat Kapoor, among others. In case you haven't seen the trailer of the film yet, check it out now:

Drishyam 2, a Hindi remake of Mohanlal's Malayalam hit of the same name, has been directed by Abhishek Pathak. The film will release in theatres on November 18.