Dressing Bipasha Basu For Her Wedding, In Sabyasachi's Words

Sabyasachi said, "Bipasha did all us Bengalis proud." He said Bipasha was sure she wanted to be a Bengali bride in 'Sabyasachi Red' 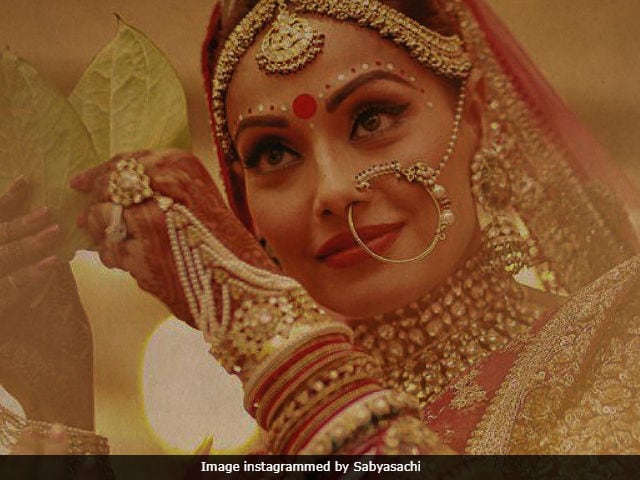 New Delhi: Apropos of nothing, designer Sabyasachi Mukherjee has shared on Instagram his experience of designing actress Bipasha Basu's bridal finery for her wedding to Karan Singh Grover last year. As he explains, Sabyasachi and Bipasha are old friends and met in Kolkata before she became an actress. Dressing Bipasha on her wedding day was a 'sentimental' occasion for Sabyasachi. He writes, "To add to that, we are both Bengalis. And she was very sure she wanted to be a Bengali bride in 'Sabyasachi Red.' (Bipasha) did all us Bengalis proud. She wore Chandan and a shola mukut, she covered her face with betel leaf. This is what I love about Indian weddings. As a bride, on the day of your wedding you always come home."

Rather lovely. And the wedding photos Sabyasachi posted are equally stunning.

Bipasha Basu and Karan Singh Grover met on the sets of 2015 film Alone and married on April 30 last year - as the pictures show, according to traditional Bengali rituals. The couple have high social media visibility, often posting pictures of themselves and sharing each other's posts.

Promoted
Listen to the latest songs, only on JioSaavn.com
Bipasha, a former model, returned to her roots recently walking the ramp for her friend Rocky S at a fashion week show in Mumbai.