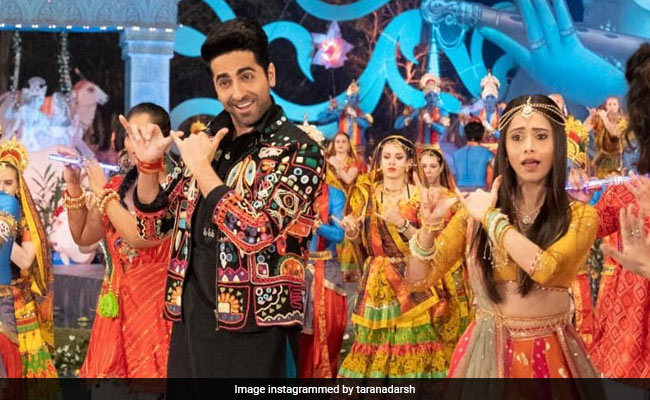 Dream Girl, which opened in theaters over a week ago, is absolutely unstoppable at the box office as it has managed to collect Rs 72.20 crore, reports Bollywood trade analyst Taran Adarsh. In his tweet, Taran Adarsh stated that the film, which stars Ayushmann Khurrana in the lead role, had a "fabulous week." He also stated that the film has emerged as the actor's highest week one grosser. Dream Girl has not only been performing well over the weekends, it has been equally adept at fetching good numbers on weekdays as well. The film collected Rs 6.05 crore on Thursday.

The film has been performing exceptionally well at the box office so far. It will be interesting to see if the film's business will be affected by the release of The Zoya Factor, starring Sonam Kapoor and Dulquer Salmaan. Other than Ayushmann Khurrana, the film also features Nushrat Bharucha, Annu Kapoor, Manjot Singh, Vijay Raaz, Abhishek Banerjee and Nidhi Bisht in key roles.

Dream Girl has been directed by Raaj Shaandilyaa and it has been produced by Ekta Kapoor. The film showcases the story of a man named Karamveer Singh, who frequently plays female mythological characters in local plays and he also lives a double life as Puja as a part of which he speaks to people as their phone-pal for a living.