Drashti Dhami's "Nuts" Work Out Routine Is Not For Everyone

"What a kick start to my Tuesday," wrote Drashti 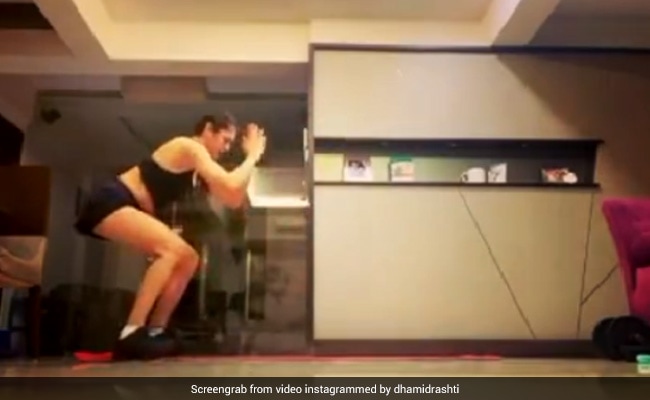 Drashti Dhami in a still from the video. (courtesy dhamidrashti)

TV star Drashti Dhami's work out game is getting better and better with every passing day. The actress, on Tuesday, shared a video from her work out routine and it is definitely not for the faint-hearted. In the video, Drashti can be seen doing burpees and push-ups. Sharing the video from her drill, Drashti wrote in her caption: "Elevated energy coz I started my Tuesday. What a kick start to my Tuesday morning." She added the hashtags #tuesdaymotivation, #plyometrics and #7amworkout. The actress' post got a shout out from her friends from the TV industry. Adaah Khan dropped fire emojis, Nakuul Mehta wrote: "Nuts."

A few days ago, she shared another post from her fitness session and she wrote: "Friday morning ! Mine was hard core. How is yours?"

ICYMI, this is the video we are referring to:

Drashti Dhami, a popular name in the Hindi television circuit, made her debut in the Indian entertainment industry with the popular 2007 show Dill Mill Gayye. However, her break through role was in Madhubala - Ek Ishq Ek Junoon. The actress has also featured in TV shows such as Pardes Mein Hai Mera Dil, Ek Tha Raja Ek Thi Rani and Silsila Badalte Rishton Ka among many others.