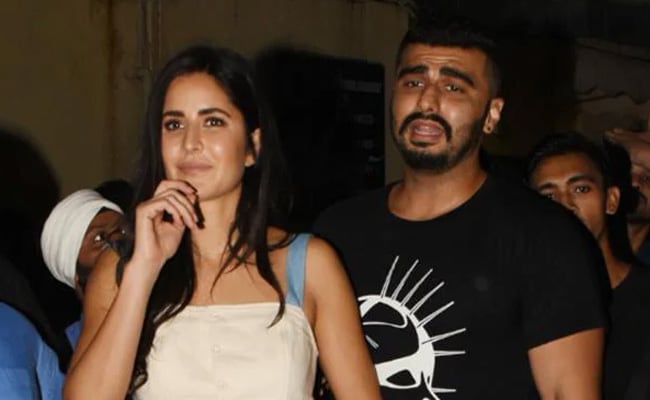 Katrina Kaif and Arjun Kapoor, who are part of a virtual club named "Isolated Are Us", had an interesting conversation on Instagram recently. If not an actress, Katrina could have been a star sportsperson - have you seen her playing Dog And The Bone or cricket on the sets of her films? On Wednesday, Arjun chanced upon an ROFL video about how cricket lovers have modified the sport to make it a one man deal in the time of social distancing. Sharing the video, in which the bowler can also seen batting and then fielding, Arjun tagged Virat Kohli and said: "All cricket lovers right now. Virat, do you relate?" While Virat is yet to respond, Katrina Kaif raised her hand and said: "I do." Responding to Katrina's comment, Arjun replied: "Self sufficient cricket" and dropped the face-palm emoji.

All cricket lovers right now? @virat.kohli do you relate??

Meanwhile, Virat Kohli has been playing cricket with his quarantine partner Anushka Sharma inside their complex premises. Here's a glimpse:

Katrina Kaif's skills as a potential cricketer were being fine tuned when she was shooting for Tiger Zinda Hai in 2017. "My own cricket team (just hear the fake appreciation for my "shots".) Surfing done, volleyball done... cricket? Work in practice," Katrina had captioned a video of her playing cricket on sets.

In 2019, Katrina was much, much better on the pitch with her batting skills. Sharing a video of her playing cricket on Bharat sets, Katrina asked Anushka to put in a request with Virat ahead of the world cup: "Pack up ke baad on Bharat sets, as the world cup nears. Anushka Sharma, perhaps you could put in a small word for me with the captain of the team. Some room for improvement in my swing, but overall not a bad all-rounder."

Pack up ke baad #bharat sets as the World Cup nears @anushkasharma perhaps u could put in a small word for me with the captain of the team some room for improvement in my swing, but over all not a bad all rounder #apnatimeaayega @kkulsumsyeda

Arjun Kapoor hasn't co-starred with Anushka or Katrina in a movie but all three of them featured in an episode of Karan Johar's Koffee With Karan. Katrina talked about an "I Hate Katrina Kaif Club" that was started by Arjun Kapoor and Varun Dhawan long back. The club has recently been "reformed" with Katrina as "Isolated Are Us."