Don't Angry Riteish Deshmukh (or Sunny Deol). Else Prepare to be Ghayal 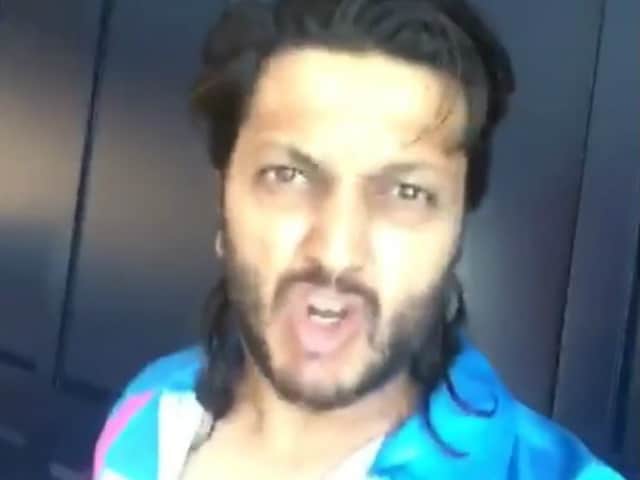 Riteish Deshmukh in a still from the Dubsmash video.

Riteish, who shot the video dressed in a Mumbai Heroes jersey, shared it on Instagram on Thursday. He's very angry in it.

Sunny Deol, who has also directed the movie, features as cop Ajay Mehra in Ghayal Once Again, the sequel to his 1990 hit film titled Ghayal. The film also co-stars Om Puri, Soha Ali Khan and Tisca Chopra, and released on February 5. (Read Review: Ghayal Once Again)

The 58-year-old actor, who was also seen in 2015's Mohalla Assi, will next feature in Ziddi Parminder. Last seen in Bangistan, Riteish's next venture is Housefull 3.