Donald Trump to Daniel Radcliffe on How Not to Be Nervous: Talk About Me 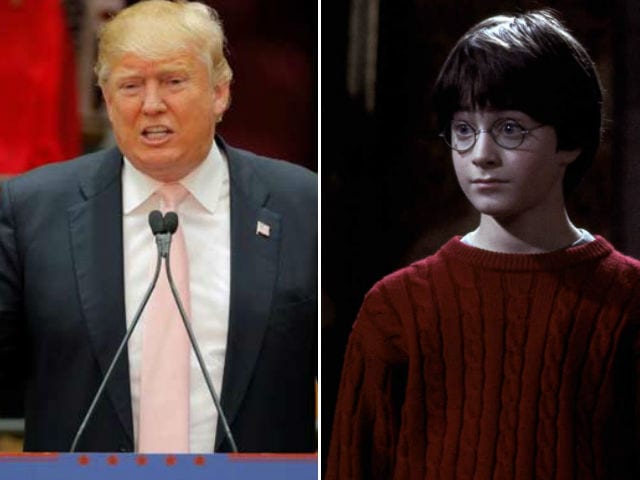 During an appearance on the season premiere of British comedy chat show, The Graham Norton Show, the 27-year-old actor recalled his first meeting with the businessman at a press run for Harry Potter where Mr. Trump decided to offer a young Daniel some tips to ease his nerves, reports E!Online.

"I was like 11 or 12 and it was when we were doing press for the first Potter movie, and they took us to New York and it was sort of the first time doing any of the morning shows in New York," Daniel began.

"...I was about to do the Today Show and I'd never been American morning TV before, and I was quite nervous," he continued, "Donald Trump had also been on that day. They walked me over to him because clearly they were like, somebody must have said, 'Hey, you wanna meet the kid who plays Harry Potter?' and he's like 'Sure!' I don't know how that conversation went."

The people in charge apparently walked him over to the politician and after a short exchange of pleasantries, the pre-teen Daniel confided that he was "quite nervous" as he had never been on TV before.

What follows was a brilliant and as usual, confidence-oozing reply from Trump.

To the child star that definitely must have been the 'Everest of self-confidence.'

Promoted
Listen to the latest songs, only on JioSaavn.com
Watch Daniel talk about it here: