Dilwale Spoiler: A Stunning Revelation in the Sneak Preview 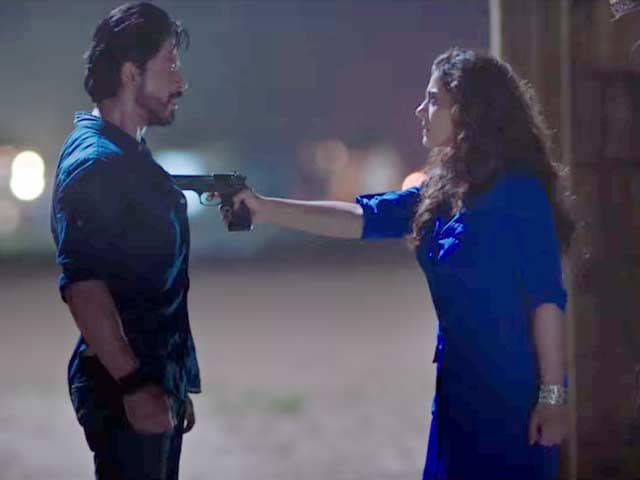 SRK and Kajol in a still from Dilwale

New Delhi: Shah Rukh Khan and Kajol's love story in Dilwale might, just might, be based on the theme of reincarnation, a sneak preview of the film reveals. The two-minute long clip promises love, loss and heartbreak, with SRK telling Kajol in one scene, "Amar hone ke liye jaan deni padti hai," as he receives a possibly-fatal gunshot. (Also Read: The Making of These Dilwale Action Scenes Will Give You Goosebumps)

The second half features awkward encounters between a middle-aged SRK and Kajol, whose past seems to haunt both of them. It is not clear if their characters are reincarnated or meet after a chance encounter. Stunning locales, high octane car chases and co-stars Varun Dhawan and Kriti Sanon's love affair run as parallel themes.

Whether there will be a happy ending or not is something that only the film will reveal. Directed by Rohit Shetty, Dilwale releases on December 18.