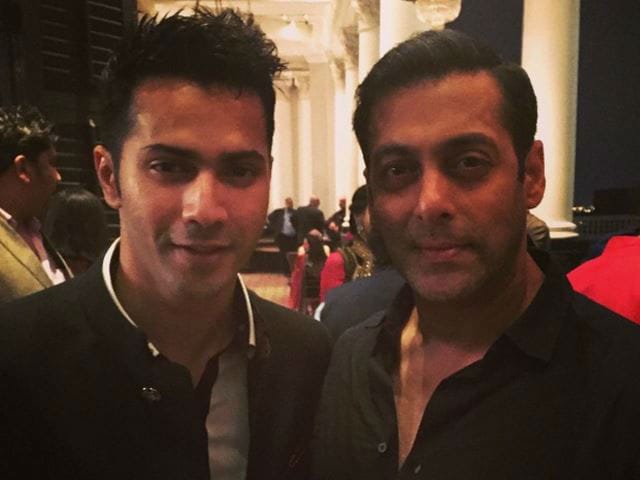 New Delhi: Actor Varun Dhawan and Kriti Sanon joined superstar Salman Khan on the sets of reality show Bigg Boss 9. Varun posted a picture with Salman, who hosts the weekend episodes of the show, and Kriti on microblogging site Twitter:

Kriti also posted the same image with a different caption:

Finally got a chance to come on Bigg Boss and meet @BeingSalmanKhan !! catch me & @Varun_dvn tomo on #BB9pic.twitter.com/xJoGTkZBId

Varun and Kriti will be seen in an upcoming episode of the show, in which they'll perform on their song Manma Emotion from their film Dilwale. Like the previous celebrity guests, Varun and Kriti also interact with the contestants inside the house. (Also Read: Varun Dhawan's Manma Emotion Jaage, Courtesy Kriti Sanon)

The Rohit Shetty-directed film also stars Shah Rukh Khan and Kajol in lead roles. There is no word yet when will they promote the film on Bigg Boss 9.

Throwback: These Little Cuties Were Born To Be Stars