Dilip Kumar Is 'Much Better And At Home,' Says Tweet

Dilip Kumar was admitted to Mumbai's Lilavati Hospital some days ago 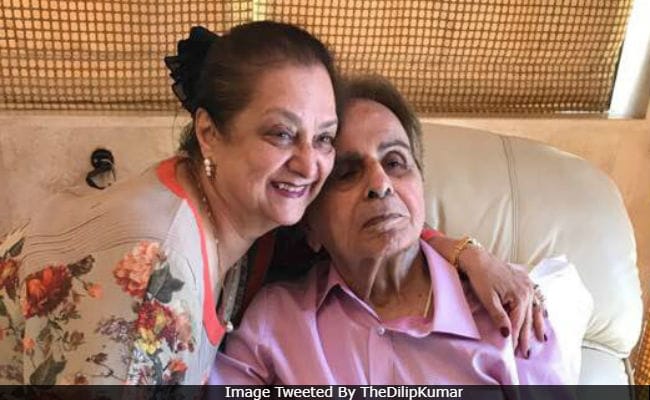 Veteran actor Dilip Kumar, who was admitted to Mumbai's Lilavati Hospital some days ago, is much better now and back home, tweeted his family friend Faisal Farooqui. His tweet was retweeted from Dilip Kumar's Twitter account also. (Faisal Farooqui manages Dilip Kumar's Twitter account in his absence). "Dilip Kumar is much better and at home," read an excerpt from his tweet. Dilip Kumar, 95, who was admitted due to chest infection and breathlessness, was diagnosed with mild pneumonia. "He is doing better now. The medical reports are saying a small patch of pneumonia is there. God willing, he will be out of it soon. But he is doing fine," Dilip Kumar's wife Saira Banu previously told news agency PTI.

thank you everybody for your prayers. @TheDilipKumar is much better and at home. https://t.co/1pPKiJzczA

Dilip Kumar has been in and out of the hospital for the past few years. He was diagnosed with mild pneumonia in November last year also. Few month before that, he was in the hospital for a brief while because of a kidney-related ailment. Shah Rukh Khan and Priyanka Chopra were some of the stars who checked up on him after he returned from the hospital.

Dilip Kumar is best-known for his roles in films such as Madhumati, Devdas, Mughal-e-Azam, Andaz and Ram Aur Shyam. He was honoured with the Padma Vibhushan in 2015, the Padma Bhushan in 1991 and the Dadasaheb Phalke Award in 1994.

Dilip Kumar married actress Saira Banu in 1966. They have featured together in films such as Sagina Mahato, Chhoti Bahu and Duniya.