"Didn't Have Money To Pay Rent, Wife Sanyukta Took Care Of Everything": Maniesh Paul On Moving To Mumbai

"While I struggled, Sanyukta backed me. Finally, in 2006, I got a full-time job as an RJ. So, I told Sanyukta, 'Let's get married!'," wrote Maniesh Paul 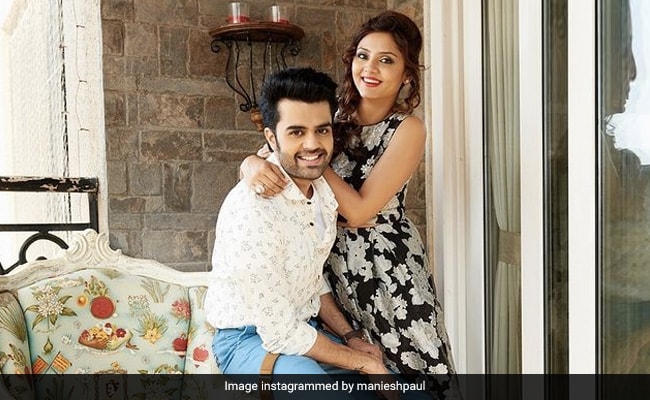 TV personality Maniesh Paul and his wife Sanyukta's love story is like a fairy tale indeed. In a post for Humans Of Bombay, the 39-year-old anchor opened up about his journey from knowing Samyukta as a kid and dating her from school days to getting married and becoming parents to two kids. Maniesh Paul said, encouraged by Sanyukta, he moved to Mumbai as an aspiring actor and Sanyukta stood by him like a rock during his days of struggle: "While I struggled, Sanyukta backed me. Finally, in 2006, I got a full-time job as an RJ. So, I told Sanyukta, 'Let's get married!' We had a big fat Punjabi-Bengali wedding. After moving in with me, Sanyukta took up a job as a teacher; I was juggling my job and a few anchoring assignments. We barely got any time together, but she never complained... not once."

Maniesh Paul said during his career lows, Sanyukta was the motivational force, who asked him to not lose hope: "Then in 2008, I was jobless for a year-I didn't even have the money to pay the house rent. But, Sanyukta took care of everything. She'd say, 'Be patient-you'll get a great opportunity soon.' And a year later, it did; I bagged a TV serial. Things started picking up-I went on to do reality shows and award nights. In 2011, we had a daughter and in 2016, a son. Finally I'm in a place where I can take time out for Sanyukta and my kids. And it's a rule that I don't talk about work on the dinner table."

Maniesh Paul, who had earlier said Sanyukta would do his homework during school days, added on a lighter note: "Sometimes, I wonder how I got so lucky? Without Sanyukta, I'd probably still be wondering what to do with my life. Or worse-failed my 10th grade! I am only because of her."

Maniesh Paul is a popular TV personality, known for hosting shows such as Jhalak Dikhhla Jaa, Sa Re Ga Ma Pa Li'l Champs 2020, India's Got Talent, Dance Ke Superstars, among others. He has also featured in films such as Baa Baaa Black Sheep, Mickey Virus and Tere Bin Laden 2.