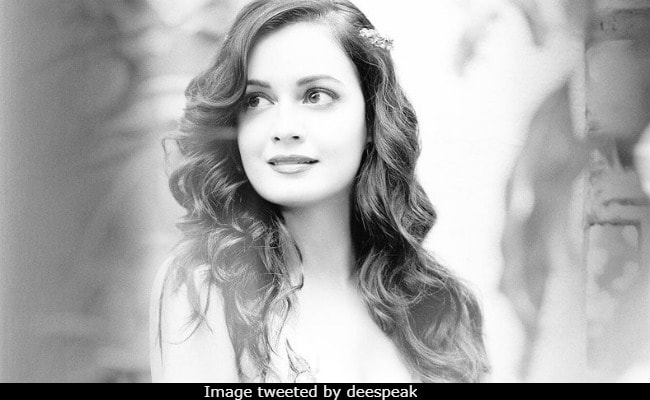 New Delhi: Actor-activist Dia Mirza has been appointed UN Environment's Goodwill Ambassador for India. The 35-year-old actor has been recognised by the United Nations for her contribution to environment conservation. "I feel honoured and inspired by this opportunity to work with UN Environment to protect the environment and promote sustainable development. Environmental issues will be the defining challenge of this era, and I am committed to helping the UN as a Goodwill Ambassador to do everything I can to provide a better future," Dia said in a statement.

As a Goodwill Ambassador, the actor will work with the UN to further spread the message on priority areas including clean air, clean seas, wildlife protection and climate change. Congratulating Dia to the programme, UN Environment head, Erik Solheim said he is elated to have someone of her stature whose popularity in India will help the cause immensely.

"I am delighted to have Dia join UN Environment as a Goodwill Ambassador. India faces many challenges, in particular the air pollution that is choking many of its cities. Dia's influence can help to turn the situation around and create a healthy future for Indians and their environment," he said.

Promoted
Listen to the latest songs, only on JioSaavn.com
The actor has joined the prestigious list of UN Environment Goodwill Ambassadors, which includes Hollywood stars such as Cate Blanchett, Anne Hathaway, Angelina Jolie, Katy Perry and Emma Watson.