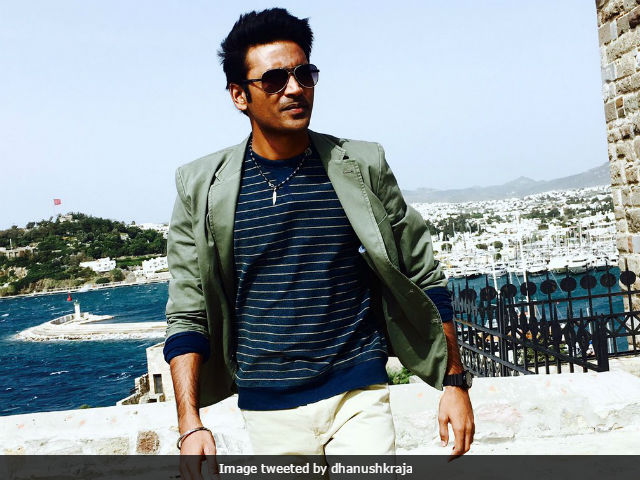 Dhanush will be next seen in Velaiilla Pattadhari 2 (image courtesy: dhanushkraja )

New Delhi: Actor Dhanush is ready to make his debut as a director with Tamil movie Power Paandi. The film features Rajkiran in the lead role, while Nadhiya, Prasanna and Chaya Singh will be seen in pivotal roles. The 33-year-old actor-filmmaker recently posted on social media that his upcoming film is five days away from completion. Power Paandi will revolve around the life of stuntmen. The film, which is scheduled to release in theatres on April 14, is being produced under Dhanush's Wunderbar Films banner. The Raanjhanaa actor has a cameo in the film and will play the younger version of Rajkiran in the movie.

The actor had unveiled the first poster of Power Paandi on Twitter in September last year.

Promoted
Listen to the latest songs, only on JioSaavn.com
Dhanush had made his big screen debut with 2002 movie Thulluvadho Ilamai, which was also directed by his father. His first Bollywood movie was Aanand L Rai-directed Raanjhanaa with Sonam Kapoor, Swara Bhaskar, Zeeshaan Ayyub and Abhay Deol. He has also featured in R Balki's Shamitabh, co-starring Amitabh Bachchan and Kamal Haasan's daughter Akshara Haasan.

Dhanush is currently busy shooting for Tamil movie Velaiilla Pattadhari 2 which is being directed by Soundarya Rajnikanth. The film will mark Kajol's comeback to the Tamil industry after a gap of 19 years. The actor will also be seen in Vada Chennai, directed by Vetrimaran. Vijay Sethupathi, Amala Paul and Andrea Jeremiah will also be playing key roles in the film.