Deven Verma: A Life of Jokes and Laughter 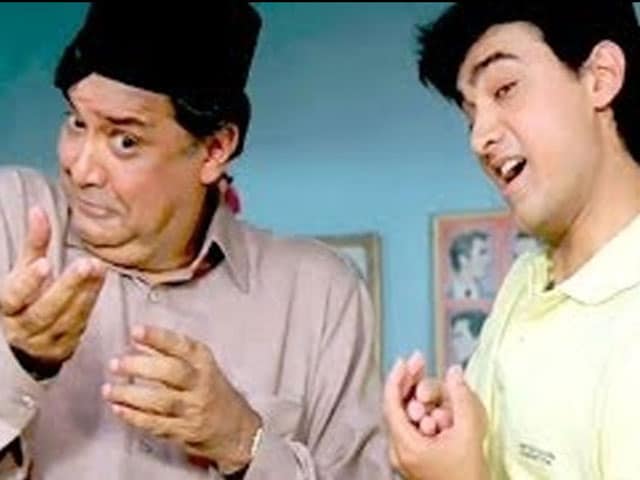 Actor Deven Verma, a star who twinkled for decades in the firmament of Bollywood funny men, died at 77 in Mumbai.

Mr Verma was born on October 23, 1937 and grew up in Pune. He studied Politics and Sociology at Pune's Nowrosjee Wadia College.

Deven Verma began his screen career in the early '60s with roles in films like Dharmputra, Aaj Aur Kal and Anupama.

By the Seventies, he was one of Bollywood's most in-demand comedians, winning the first of his three Filmfare Awards for Best Comedian in 1976 for Chori Mera Kaam.

Deven Verma's most famous roles were in films directed by Hrishikesh Mukherjee, Basu Chatterji and Gulzar. Gulzar directed him in a double role opposite Sanjeev Kumar, also in a double role, in 1982's Angoor, the Hindi adaptation of Shakespeare's The Comedy of Errors. He won his third Filmfare Best Comedian award for his performance as twin brothers separated at birth, both called Bahadur and working for a second set of twins separated at birth called Ashok.

Deven Verma continued appearing on screen in the Nineties. In 1994, he had a brief but unforgettable role in Andaz Apna Apna playing the long-suffering father of Amar, the ne'er-do-well played by Aamir Khan.

Promoted
Listen to the latest songs, only on JioSaavn.com
Deven Verma also produced and directed films like Nadaan (1971), Besharam (1978) and Dana Paani (1989). He appeared in Marathi and Bhojpuri films, in addition to Hindi.

Mr Verma was married to Rupa Ganguly, daughter of late actor Ashok Kumar and niece of his actor-singer brother Kishore.