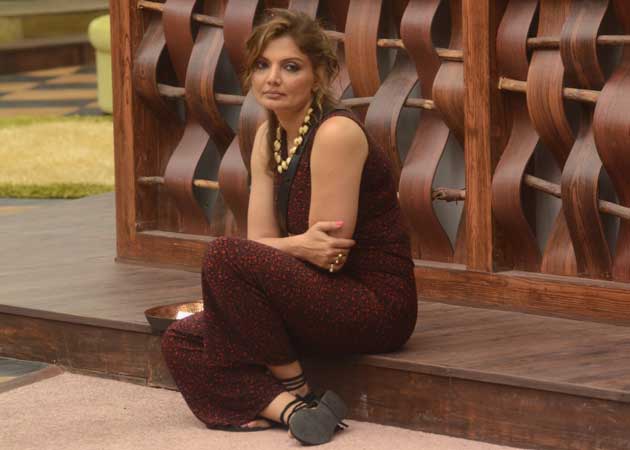 Deepshika was eliminated from Bigg Boss on October 12 episode

Although Deepshika Nagpal didn't expect to be evicted from the Bigg Boss 8 house so soon, she has come out with positive things to say about the experience. But she rues the behaviour of her fellow inmate Puneet Issar.

"I was in there for 20 days and I had a blast. It was like an ongoing party. And I made friends with everyone except the three backstabbers," said Deepshika who was evicted on Sunday.

The three contestants, whom she refers to as backstabbers, are the three Ps - Puneet Issar, Praneet Bhatt and Pritam Singh.

Deepshika, who featured in TV shows like Son Pari and Honge Judaa Naa Hum, is especially angry with Puneet.

"He is unbelievably double-faced. When we were part of the Secret Society locked away in a room, I looked after him like a mother. He got very sick as he is claustrophobic. He expressed a lot of gratitude for my care and concern. But then, when he came into the Bigg Boss house, his behaviour changed. Initially, I thought he didn't know how to conduct himself with the other contestants. Now I realise what a game-player he is," said the actress who had earlier participated in dance reality show Nach Baliye.

She couldn't believe her eyes and ears when Salmam showed her the footage of the contestants who nominated her for eviction. "Salman taught me jo dikhta hai woh hota nahin. People can be such fakes."

She is aware that the show is actually about playing games, but was still unprepared for the drama inside.

"I can tell you this much, though. I wasn't being a hypocrite. I was behaving the way I really am. Not like some others who would call others beti and behen and then stab them in the back. I am proud of the way I conducted myself and I am also very grateful to have got a chance to be inside the Bigg Boss house. For seven seasons, I had been watching the show in my home. I never expected to be in the show with millions watching me," she said.

The actress says she made a lot of friends in there.

"I've told them that after the show is over we will all get together for a party at my farm house. In these 20 days inside Bigg Boss, I've learnt so much about human nature. Plus, I got to be with Salman. I also got to meet Rekhaji and Hrithik (Roshan) in the house. Aur kya chahiye? (What else does one want?)."

Promoted
Listen to the latest songs, only on JioSaavn.com
Her future plans?

"I've no idea what's in store for me. Till a day before I left for Bigg Boss, I had no idea I'd be going in there. I was a last minute addition in the show. So you see, life is never about what you want it to be," she said.