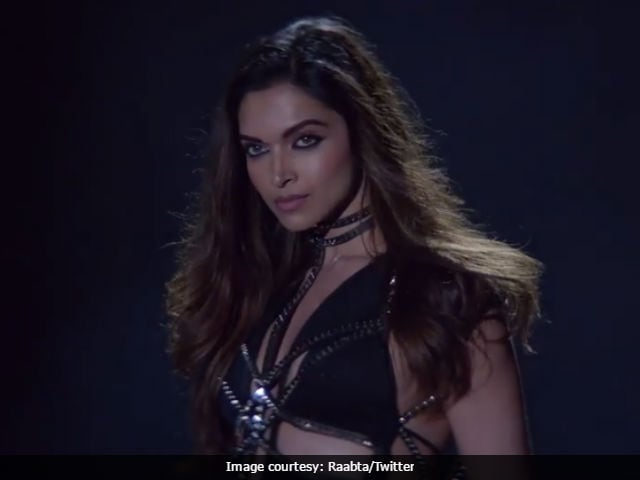 Deepika Padukone in the song from Raabta. (Image courtesy: Twitter)

New Delhi: Actress Deepika Padukone features in a special song of upcoming film Raabta, the teaser of which released on Wednesday and the song will be out today. A 14-secondsclip shared by the official Twitter handle of the film shows Deepika, dressed in high-slit black dress, looking drop dead gorgeous, take the center stage as a Raabta reverberates in the backdrop. Deepika Padukone, 31, is Raabta producer Homi Adajania's close friend and therefore agreed to feature in the song sequence. Homi Adajania has directed Deepika in Cocktail, which was arguably a game changer in Deepika's career, and also in 2014 film Finding Fanny. Raabta, releasing on June 9, stars Sushant Singh Rajput and Kriti Sanon in lead roles.

You guys did it! Here's the teaser of #RaabtaWithDeepika song.@deepikapadukone#DineshVijan@ipritamofficial@MaddockFilms@TSeriespic.twitter.com/B1jR9A8ihy

Deepika has also signed up for filmmaker Vishal Bhardwaj's film which will be an adaptation of S Hussain Zaidi's book Mafia Queens Of Mumbai. The film will be directed by Honey Trehan and also features Deepika's Piku co-star Irrfan Khan.

Promoted
Listen to the latest songs, only on JioSaavn.com
Meanwhile, Raabta is a love story set in two different time spans. Sushant and Kriti play lovers who are separated by death and reunite ages later, in another time, to complete their love story. The villain in their story, played by Neerja actor Jim Sarbh, remains the same and sadly, remembers everything. Will the lovers ever reunite?

Raabta is directed by Dinesh Vijan.