Deepika Padukone's Chhapaak will clash with Ajay Devgn's Tanhaji: The Unsung Warrior at the box office 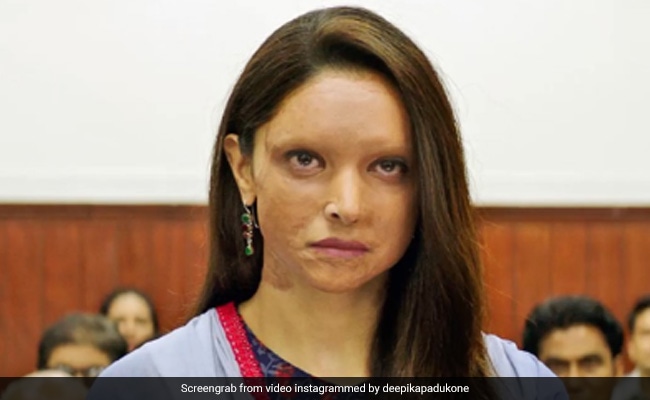 Deepika Padukone in a still from Chhapaak. (courtesy deepikapadukone)

Deepika Padukone''s latest release, acid attack survivor story Chhapaak, was on Thursday declared tax-free by the governments of Madhya Pradesh and Chhattisgrah.The Meghna Gulzar-directed film, based on the life of acid attack survivor and activist Laxmi Agarwal, is scheduled to be released on Friday.

The chief ministers of the two Congress-ruled states made the announcement on Twitter. Madhya Pradesh CM Kamal Nath tweeted, "Deepika Padukone's film on acid attack survivor, Chhapaak is releasing across the country on January 10. I declare it tax-free in Madhya Pradesh".

"This film which spreads a positive message regarding the treatment of acid-attack survivors in the society, tells the story of their courage, struggle and their passion for life and aims to bring a change in the society's mentality on the same," he added.

Chhattisgarh CM Bhupesh Baghel also appealed to people to watch the movie along with their families. "The state government has decided to make Hindi film ''Chhapaak'' tax free in Chhattisgarh. The film spreads awareness among people against heinous crime like acid attack on women in society. You all should go to watch the movie along with your families and become aware, as well as spread the awareness," Bhupesh Baghel tweeted.

Deepika on Tuesday visited the Jawaharlal Nehru University (JNU) in Delhi to express solidarity with the students who were attacked by a mob on January 5. She earned bouquets as well as brickbats from various people, including politicians, for her act of showing support to the JNU students.