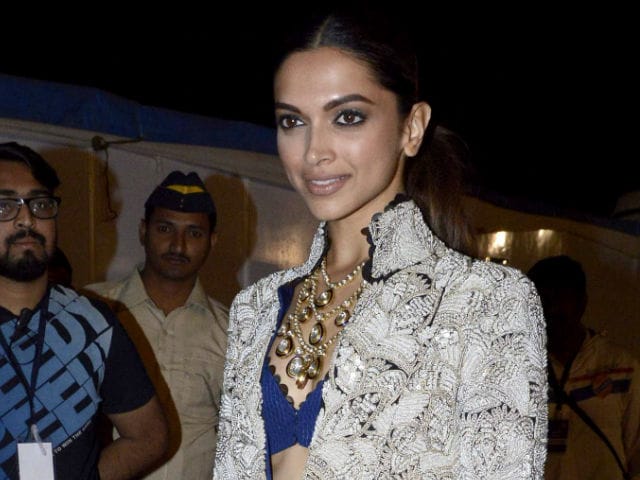 Deepika Padukone photographed outside a studio in Mumbai.

Deepika said that her ethnicity helped her bag the role and in the film she will be given an opportunity to 'show her Indianness.'

"The reason they are roping me is because of my background. I really hope that I do well in the movie and people go and watch it," said the actress.

Back home, Deepika has been making the right noises and had a tremendous year in 2015 with the success of her films Piku, Tamasha and Bajirao Mastani.

The actress said that it has been her constant effort to keep improving every year and she is happy to see her efforts pay off two years in a row.

"I work to compete with myself and keep setting the benchmark for myself, to become better. After a successful 2014, I hoped I can do better and then it happened in 2015. It is my constant desire to keep improving," she said.

With back-to-back film shoots and other commitments, the actress said that she hardly gets time off. But despite her busy schedule, Deepika makes sure she reads and also tries her hands at baking.

"I haven't got a weekend for the past three years. But when I do get it, I like to just catch up on sleep. I also love baking and reading. Currently, I am reading the biography on Elizabeth Taylor," she said.