If this report is true, Shah Rukh Khan is truly Bollywood's miracle maker. He did it once for Om Shanti Om too, remember? 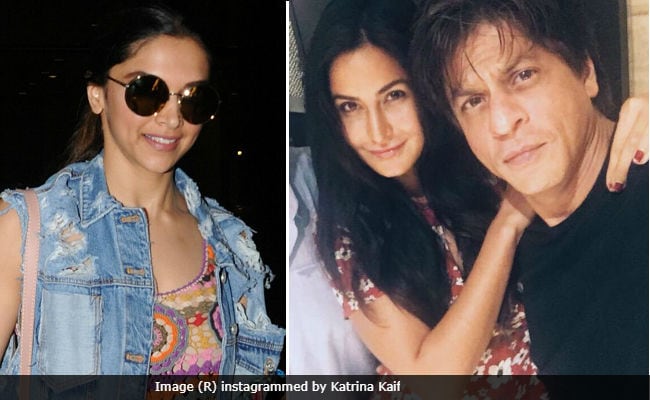 New Delhi: Trust Shah Rukh Khan to converge almost all Bollywood celebs in one film - he's done it in the past for the song Deewangi Deewangi from 2007's Om Shanti Om and now, he's reportedly all set to make it possible for his next film, which is directed by Aanand L Rai. The film, which does not have a title yet, already stars Katrina Kaif and Anushka Sharma in pivotal roles. And now, according to a DNA report, actress Deepika Padukone (who debuted opposite SRK in Om Shanti Om) is shooting for a cameo in the same film. The cameo casting coup doesn't end at Deepika. Names like Salman Khan, Sridevi, Rani Mukerji, Kajol, Karisma Kapoor and Alia Bhatt are all on Shah Rukh's list, reports DNA.

"While Katrina and Anushka have been shooting for the film, Deepika shot for the guest appearance recently," a source told DNA.

They all recently met a party. Shah Rukh shared this on Instagram:

Promoted
Listen to the latest songs, only on JioSaavn.com
All the actors on the cameo roles list have co-starred with Shah Rukh in at least one film. Salman, for whom Shah Rukh did a cameo in recent film Tubelight, has made films like Karan Arjun and Hum Tumhare Hai Sanam together with SRK. Shah Rukh played Sridevi's slain husband in Army while he featured in a pivotal role in Alia's Dear Zindagi. Rani Mukerji, Kajol and SRK have starred in films like Kuch Kuch Hota Hai and Kabhi Khushi Kabhie Gham. Shah Rukh and Karisma co-starred in Dil Toh Pagal Hai. A source told DNA that Salman and Alia have already filmed their portions while Rani, Karisma, Sridevi and Kajol contribute soon.